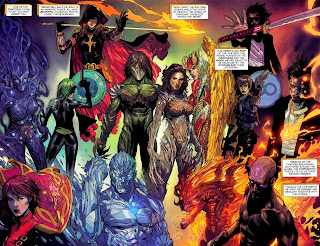 The Witchblade. The Darkness. Angelus, The Spear of Destiny, The Rapture, Pandora's Box, The Blood Sword, The Glacia Stone, The Ember Stone, The Wheel of Shadows, The Heart Stone, The Coin of Solomon and The Thirteenth Artifact. Thirteen items of power beyond human belief, from turning a man into a monstrous creature of brimstone to angelic powers that leave the host as leader of a horde of angels, the scope and differences between these 13 mystic items is HUGE, allowing for any variety of tales to be told when used correctly. 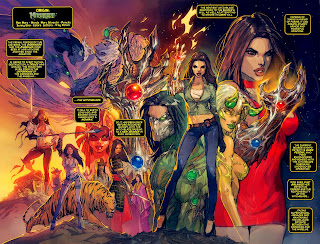 I'll level with you here, I don't expect all too many of you to know much about the artifacts, at least outside of Ron Marz's epic event series, but I'm sure that you'll all at least have heard of two of the characters; Witchblade, long-running Marc Silvestri creation formerly remembered for wearing nothing much but a bikini made out of magical material (again, a character improved in recent years) and The Darkness, wielded by Jackie Estacado, star of one of the best video games in recent years (you guessed it!) The Darkness. Those two are the clear mainstays of the Top Cow universe, popular characters oft written by some of the more talented writers in comics. 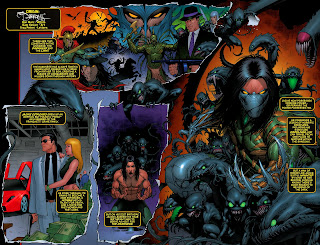 But still, I chose these characters purely on the strength of the event comic, and on how easily they resonated with me as a writer. Whether that pays off is something we'll see in a minute or two, but with any luck this feeling isn't just fanboy squees from me. Of course it helped my choice that the Top Cow universe has been growing into something more solid and respectable in these last few years, and seeing that encouraged me to highlight it with this week's choice. 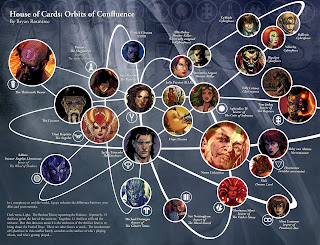 So have at, check some spots for information about the characters, maybe buy the first trade of Artifacts to help you on your way (AMAZON US) (if it's anything like the single issues it will contain sufficient backmatter to get you up on all things Artifacts-related), and most importantly, HAVE FUN.
Written by Maxy Barnard at 5:49 AM

Email ThisBlogThis!Share to TwitterShare to FacebookShare to Pinterest
Labels: Artifacts