Why? Because they’re awesome, that’s why. Any person whom grew up in the 90’s loves the heroes in a half shell. Fact.

Leonardo, Donatello, Raphael and Michelangelo were the epidemic of cool when I was a youngster. A hot cartoon series, a plethora of successful toys and three movies made the four mutated pets the hottest property on the planet. But why would I choose them for this week’s characters? 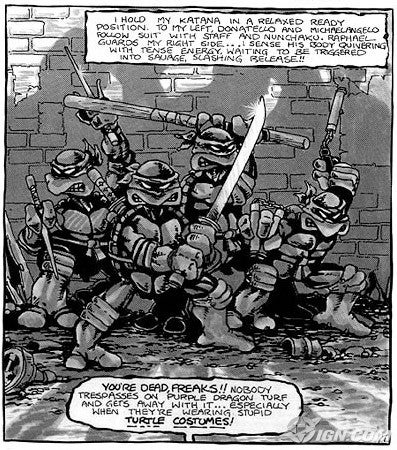 easons – the first being the many incarnations of the turtles the tenured writers (and you kids whom play at home) have to choose from. Will we focus on the original graphic novel turtles, full of grime and grit? Shall we write a script taking place in the world of the 90’s cartoon, where Shredder has an English accent and weapons are seldom used for anything but to eat pizza from? Or will we venture to the movie universe? A weird amalgamation of the previous two worlds, but with much more Vanilla Ice.

The second reason simply being this – I will find any opportunity to relive my childhood. Any.

I suggest you do the same. 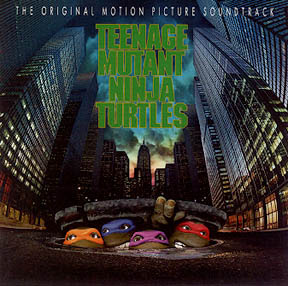 Written by Ben Rosenthal at 1:36 AM

Email ThisBlogThis!Share to TwitterShare to FacebookShare to Pinterest
Labels: TMNT