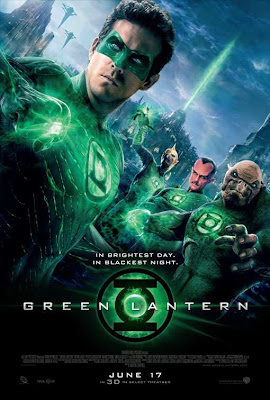 Besides the fact that there’s this movie coming out that happens to be called Green Lantern?

Could it be that each one is responsible for keeping watch over a vast region of the entire universe, opening up wide array of possible stories to be told amongst the backdrop of outer space itself?

Perhaps it’s that each Green Lantern is specifically chosen to join the corps, rather than getting their powers from having super-genetics or randomly being at the right scientific accident at the right time, leaving readers more free to imagine what might happen if they were possibly chosen to be part of this intergalactic police unit?

Might it be the vast array of aliens who are on the same team as the human Green Lanterns, from the tiny Bzzd, to the non-socializing Mogo, to the four-armed administrative Salaak, to the countless others from over the years?

Maybe it’s that each ring is limited only by its users willpower and imagination, allowing a wide variety of applications and creative energy constructs?

Though, perhaps this last one is part of the reason that so many of the tenured Though Balloons writers listed Green Lantern as the character they most fear having to write. Which is ironic, considering that one of the standout features of any Corps member is either the ability to be fearless or otherwise overcome great fear.

So here it is, ya poozers - a chance for you who fear having to write such a character to step up to the plate and overcome your fear. Because once you do that, any other character you might have to write should be easy. Or, if you happen to be a play-at-home writer, here’s what could be an easy opportunity for you to try to upstage the Thought Balloons regulars.

As much as I'd like to say otherwise, this week is Hal Jordan specifically, to go with the movie. It makes the task more difficult, but also means the rewards for pulling off a good script should be all that much greater.

Now lets put on those rings and write some pages! 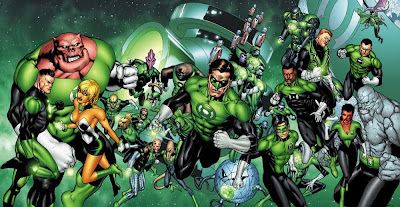