Getting to Know MK Stangeland, Jr. 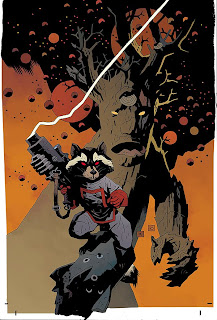 Feel free to call me Michael if you feel so inclined. I’m good going by either.

Who is your favorite comic character?

Rocket Raccoon - he’s a super-intelligent wise cracking rodent. His best friends are a tree that says little more than it’s own name, followed closely by Star-Lord and whatever ridiculously large gun he happens to be using at the time. Guns that would be ridiculously large for a normal human, mind you, let alone a two-foot furry woodland critter. All while being an a**-kicker of the Fantastic.

What’s not to love?

What is your favorite comic?

This is a toss up.

On the one hand, there’s the 2008 Guardians of the Galaxy series as written by Dan Abnett and Andy Lanning (DnA). It features the same soft sci-fi mix of action, cross-galaxy/universe landscaping, fun characters, and lack of techno-babble that originally made me such a fan of Star Wars.

On the other hand, there’s Bryan Q Miller’s Batgirl series with Stephanie Brown which has sadly now ended at the hands of the DC reboot. Steph alone makes the series a lot of fun, being someone who’s both relatable as a human being and entertaining in her own right. Plus, Bryan does an amazing job of setting a series in the normally grim and gritty Gotham City while managing to keep it as lighthearted as it is.

I think that when it comes down to it, however, I have to tip it to the Guardians .

Who is your favorite comic writer?

I think the closest thing I have to a favorite comic writer is DnA, on account of Guardians of the Galaxy and the phenomenal finale in the form of Thanos Imperative. If nothing else, it gave me reason to check out the new Heroes for Hire series simply because they were writing it, which I think is a pretty good reason to pick them.

The only other writer I can say as much about is Brian Clevinger, who I first learned about through his hilariously dark and outrageous 8-Bit Theater webcomic, which lead me to purchasing the Atomic Robo Trades as they come out, and thus far I’ve at least taken a look at any comic projects I find out he’s writing for.

I think Warrin Ellis might be making a strong argument as well, between Nextwave, the part of his Ultimate Fantastic Four run I’ve read, and depending on what he does with his upcoming work on Secret Avengers.

Who has been the most fun to write so far at thoughtballoons?

The Batgirl/Robin team-up from Stephanie Brown Batgirl week is a definite winner. Those two just go together so incredibly well, and even as someone who’s normally a Marvel Guy, the potential loss of their highly antagonistic relationship is something I’ll regret the loss of if it doesn’t survive the DC reboot.

I’d say the character I’d dread most is Mephisto, so I think I’ve dodged the biggest bullet right there since he was picked long ago. That said, he’s part of a larger grouping of characters that really leave me feeling uneasy about the possibility of having to try to write them, all falling in the realm of some kind of ‘evil mystical’ aspect of comics. It’s the kind of category in which I’d also place characters like Satanna and Sabacc (or however you spell his name)

Given time to think about it, I’d probably say either the Animaniacs or Freakazoid!. Those two are probably due for a comeback, anyway. 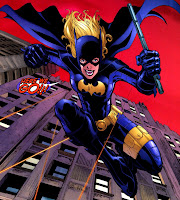 Without a doubt, the Batgirl/Robin team-up script from the Stephanie Brown Batgirl week, “Best of Frenemies”. I had a lot of fun putting that page together, and I think everyone else had a lot of fun reading it, too.

Again, it’s a shame that the DC Reboot is on the horizon, because I have little doubt that if they’d had the time to put out a Batgirl & Robin book starring those two first, even if it was just a miniseries, it could have surpassed Guardians of the Galaxy as my favorite comic.

Most dreaded character may have been the most difficult question, but this comes in second. Matt Duarte’s Poker Face script featuring The Thing stands out as an early favorite, simply because that was the week I was first introduced to the website, and it stands out as a winner from that week.

I also have to give props to Ben Rosenthal’s Twas the Night Before X-Mas starring Deadpool as Santa.

Finally, I also like both Max Barnard’s Stretch Armstrong script with Reed Richards and, more recently, FUNderbolts. The former, I still can’t honestly say I really understand what’s going on with that thing, but it still gives me a warm fuzzy feeling inside for some reason. The later I just happen to find incredibly charming.

Email ThisBlogThis!Share to TwitterShare to FacebookShare to Pinterest
Labels: Getting To Know Thoughtballoons, MK Stangeland Jr.