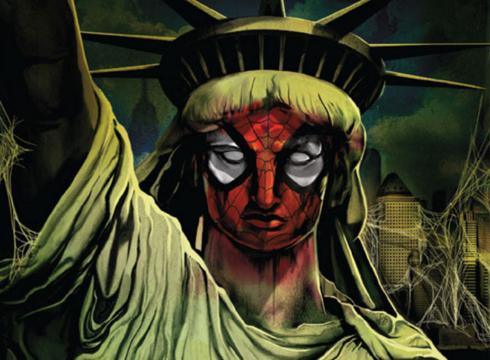 Really? I have to spell this one out for you?

You have never wanted Spider-Man’s powers? You have never mimed getting up out of a chair by shooting a web from your wrist and pulling yourself up by it?

Or is that just me?

So, Spider-Island! What’s it all about? Put simply, the Jackal (yeah, that clone saga guy) has returned to the land of the living and has promptly released bio-engineered bugs which when bite people, give them the powers of our favourite friendly neighbourhood Webslinger.

Spider-Island gives both our tenured writers and you at home a huge range of options and possibilities. One could focus on Peter’s thoughts on living in a city full of similarly powered civilians, or on one of those civilians themselves. You could look at how the other heroes feel about having to battle usually common placed thugs who now have the proportionate strength of a spider, or how Mayor Jameson will put a positive spin on the situation. See what I did there?

Whichever way you go, just remember – they are teasing a Ben Reilly return.. 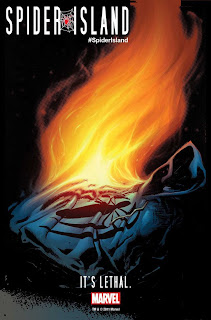 P.S Dan Slott is one of the best Spidey writers in modern history. Read his stuff. Now. No, NOW!

Email ThisBlogThis!Share to TwitterShare to FacebookShare to Pinterest
Labels: Spider-Island