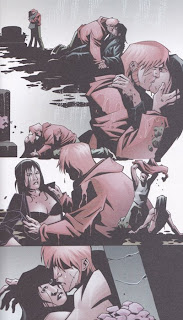 Every hero is heroic, right? That’s why we like them, because they can do things we can’t do. They do these things and they do them for the greater good. That is why we read about these four colour titans of avenging and justice, right? We aspire to be more and so follow the lead set by decades of perfection.

Right?
Or do we want to be entertained, or see a little of ourselves on the page, or just have a whole mess of fun? Eric O’Grady isn’t a heroic guy. He isn’t perfect and what little he stands for isn’t in any interest of the greater good of anyone else. O’Grady is a self-centred jerk and he does all the things we’d think about doing with superpowers but never dare discuss with others.

They say a great test is to ask someone which superpower they’d prefer – flight or invisibility. If the person answers invisibility then they’re a jerk because there’s nothing magnanimous you can do with that power – it’s a selfish wet dream of adolescent fulfilment to not be held to your actions. I guess people think flight is a super helpful power (those people should read THE CAPE from IDW). 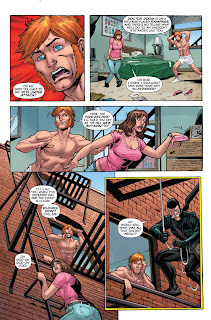 .H.I.E.L.D. agent he can get so small as to pretty much be undetectable. He rarely uses this ability to save the world, or really do any good. Instead, O’Grady wants to get laid and he works hard for it. He wants to perve on hot chicks with full impunity and then he actually gets to do it. He’s living the dream, the dream of so many.

And, yet, underneath it all lies a true heroic man. A man determined to be himself. A man who can actually do some good, but he’ll be looking down your blouse with a hand up your skirt as he does it.

The best part of Eric O’Grady, the man we’ve come to know and love as the Irredeemable Ant-Man, is the fact he’s so damn refreshing. He’s the guy you can kind of do anything with. You can make him a terrible person while also getting away with making him do something incredibly sweet and selfless. I like that versatility because it feels real. This is something you can aspire to and actually reach.

Hell, you could probably exceed this guy without trying hard, but I’ll never like you as much as I do the man with the red sideburns.

Oh, and to be honest with you, I chose invisibility.
Written by Ryan K Lindsay at 12:01 PM

Email ThisBlogThis!Share to TwitterShare to FacebookShare to Pinterest
Labels: Eric O'Grady, Why