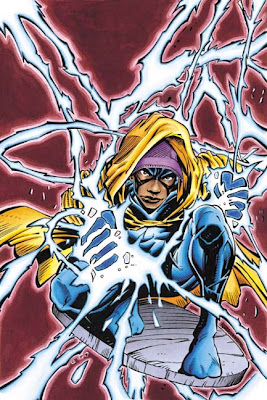 Aside from him being one of the best characters of all time, an effective modern Spider-Man style character, part of the best comics line of the 90s (Milestone!!), a favourite of mine from his old TV show (a show that at one point had as many viewers as Pokémon) and being part of DC Comics' New 52 relaunch? 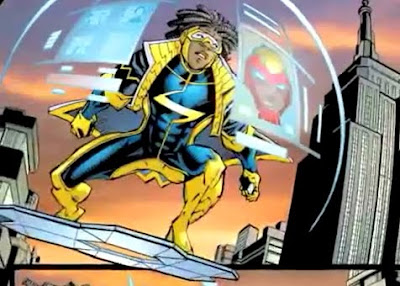 For real though, this is a chance to take a young teen character who thinks he's hip and cool and with proper geek credentials. Kid's smart and proving it everyday as a hero in New York. There's stuff to play with here.

[yeah sorry this isn't a substantial why post, real life takes priority. Script should follow soon, if not back-posted shortly]
Written by Maxy Barnard at 6:00 AM

Email ThisBlogThis!Share to TwitterShare to FacebookShare to Pinterest
Labels: Static Shock, Why