Because God loves a trier.

Everybody loves the underdog.

And I hate that darned Roadrunner! 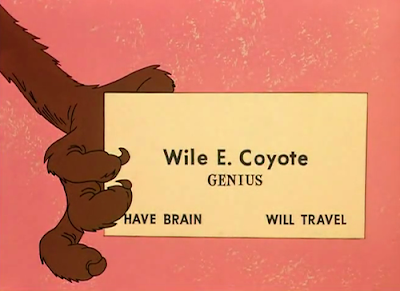 He also provided the inspiration for what's possibly the most moving comic book I've ever read. Animal Man #5, 'The Coyote Gospel', by Grant Morrison and Chas Truog. If you've never read it... do yourself a big favour.

As a writer, I take my inspiration from Wile E. Coyote. After every rejection letter, every knockback, every failure, I always ask myself WWWED? He'd pick himself up, dust himself off... and get back to work. Now excuse me, I've got a Roadrunner to catch... 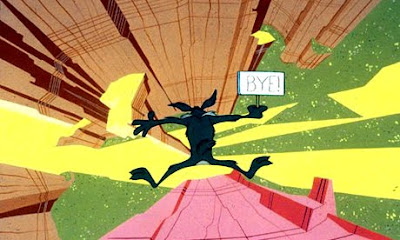