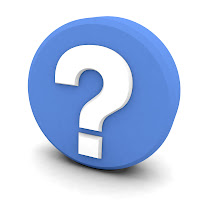 Because I love a good alternate reality tale. I love finding out about alternate possibilities, to see people asking what might have happened if things had gone just a little bit or a lot differently, and then hypothesizing about the different paths that history might have taken as a result. What if Napoleon hadn’t lost at Waterloo? What if Captain America hadn’t been assassinated and fought in World War Hulk? What if Thought Balloons didn’t exist? What I had decided to pick a different topic for this week?

And so I decided that, to go along with the month that Marvel had been using as it’s ‘What if’ month over the past few years (even if they seem to be skipping it this year), I’d take the opportunity to ask “What If Thought Balloons did a ‘What If…?’ Week?” and see what kind of scripts might result.
It should be noted that while the topic is ‘What If…?’, this doesn’t mean that you have to use a Marvel story. Just as acceptable are stories by DC, Image, Red 5, or any other comic publisher. Want to write about what you think would happen if J. Jonah Jameson thought Spider-Man wasn’t a menace? Go ahead. Have an itch to write about what if Guy Gardner had gotten Abin Sur's ring instead of Hal Jordan? That’s fair game, too. Think you’ve got a good idea what things might be like if Nikola Tesla died before he could hit Atomic Robo’s “ON” switch? Knock yourself out. Often find yourself imagining a world in which Invincible followed in his dads footsteps and turned evil? Here’s your chance to write about it. As long as it’s a property that can be tied into comics, consider this a week to let your imagination run wild.
So what if I stop writing this ‘Why…?’ post and let the tenured writers and guest posters put some scripts together? Now that’s a what if we can start answering right now! 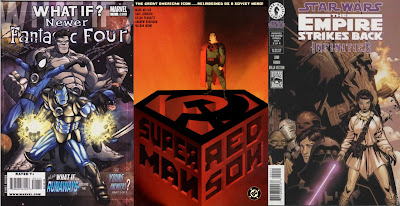 Email ThisBlogThis!Share to TwitterShare to FacebookShare to Pinterest
Labels: What If?, Why?