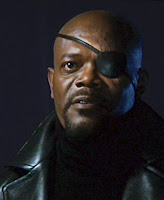 “’I am Iron Man’. You think you’re the only superhero in the world? Mr. Stark, you’ve become part of a bigger universe. You just don’t know it yet.”
“Nick Fury, Director of SHIELD. I’m here to talk to you about the Avenger Initiative.”

And the crowds went wild.

When Marvel put together the first Iron Man movie, it was kind of a big deal. Even more so when they did such a great job with it. But what few suspected prior to its actual release that it was just the first building block of a much bigger picture. There were rumors Fury would show up, of course, but it was only after we got to see the movie itself and sat around through the end credits that we knew the truth.

So here we are, four years later. And with the summer of 2012 will come the debut of a film most of us no doubt thought would never see the light of day – The Avengers, on the big screen. 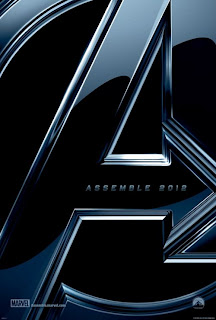 Naturally, there was certainly the expectation that Thoughtballoons Would do a week for The Avengers, following the tradition Ryan unwittingly started when he picked Iron Man for the very first week of ThoughtBalloons on at least partial account of the second movie having been released recently.

Since everyone else thought it was a great idea, that’s exactly what we’re doing. Starting today with Nick Fury, Thoughtballoons is launching it’s multiple-week ‘Avengersthon’ extravaganza, with each week dedicated to a different major character from the film, all leading up to the final The Avengers week when the movie actually comes out. Because a comic book movie this big deserves it.

Which brings us to Nick Fury himself. It seemed appropriate to start with him, since in a way he’s the man who kicked off the four-year road to the Avengers movie with Samuel L. Jackson’s cameo in the first Iron Man movie.

Why Nick Fury? Because whether he’s from the classic 616 universe we’re more familiar with or the Ultimate Universe, Nick Fury is the flip side of the same heroic coin that is shared by Captain America – Both have been around since World War II, both have some kind of serum running through their veins, both are fighting for freedom against the would-be tyrannical forces such as HYDRA and AIM. They’re both artifacts from an earlier age, though artifacts in the best sense of the word.

But where as Captain America was frozen at the end of WWII and woke up to a culture shock in the modern era, Nick Fury’s been there all along to see the world as it’s changed. Where as Steve Rodgers is as much as a symbol as a one-man fighting force, fighting out in the light for everyone to see and be inspired by, Nick Fury does his job from the shadows – he does his job better when people don’t know what he’s up to. Where Cap is prohibited from doing things like killing supervillains in order to be the better man because that’s who he has to be, Nick Fury isn’t as concerned about what people think about him – he’s just concerned about keeping the world safe.

To borrow a comparison from DC, Nick Fury is the Batman to Captain America’s Harvey Dent. Harvey Dent specifically, mind you, taking Two-Face out of the equation. Where as Captain America is the White Knight that stands as a shining beacon of good against a backdrop of scum and villainy, Nick Fury is Dark Knight doing the dirty work people don’t like to talk about.
Nick Fury gets the job done. Does he make mistakes? Yeah, but who doesn’t? He’s still human. He’s just a human that does what has to be done to keep the world safe. Because he’s Nick Fury. 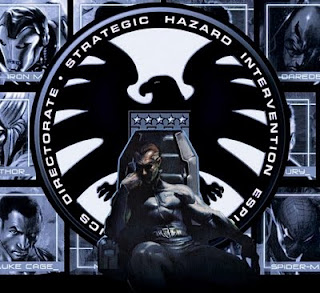