"And there came a day, a day unlike any other,
when Earth's mightiest heroes and heroines
found themselves united against a common threat.
On that day, the Avengers were born
—to fight the foes no single super hero could withstand!" 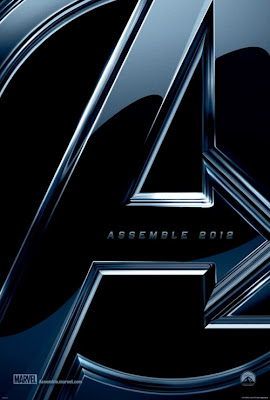 If you really need an explanation for why they're showing up this week, either you're new around these parts or you haven't been paying any attention over the past 2 months. The Avengers, comic book icons, are finally seeing the culmination of years worth of build up that has all pointed to this. In some places, the movie is already out. For others, the wait is almost over. To repeat what I said when Thoughtballoons began this journey:

"So here we are, four years later. And with the summer of 2012 will come the debut of a film most of us no doubt thought would never see the light of day – The Avengers, on the big screen.


Naturally, there was certainly the expectation that Thoughtballoons Would do a week for The Avengers, following the tradition Ryan unwittingly started when he picked Iron Man for the very first week of ThoughtBalloons on at least partial account of the second movie having been released recently.

Since everyone else thought it was a great idea, that’s exactly what we’re doing. Starting today with Nick Fury, Thoughtballoons is launching it’s multiple-week ‘Avengersthon’ extravaganza, with each week dedicated to a different major character from the film, all leading up to the final The Avengers week when the movie actually comes out. Because a comic book movie this big deserves it."

And so we've come to what everything was leading up to - the final 'The Avengers' week. Because a movie this big deserves it.

But, of course, this wouldn't be a proper 'Why?' post without explaining what's so special about the team of the week - but even that's simple enough as pointing to the sub-heading that so often accompanies their name. They aren't just 'The Avengers', they're "The Avengers: Earth's Mightiest Heroes".

And that's what's the big deal about them - as I've heard it described elsewhere, while DC's Justice League is about putting the most popular characters they have together, The Avengers are about who can best defend the Earth. Not just anyone gets to be an Avenger. When you become an Avenger, you've made it. For years, the mainstays haven't been people like Spider-Man or Wolverine (which, I suppose, just goes to show how lax their recruitment policies have been in recent years). ((I kid, I kid)). No, when people read The Avengers, they expect people like Captain America - Super Solider and living legend. Or Iron Man - one of the worlds most intelligence engineers who drives one of the most powerful weapons in the world. Or Thor - the Asguardian with a hammer who inspired the myths of old.

They're popular characters, sure, but what's more important is what they can do - protect the Earth from threats, wherever they may come from. Because they're The Avengers - Marvel's premier Superhero Team and Earth's Mightiest Heroes. 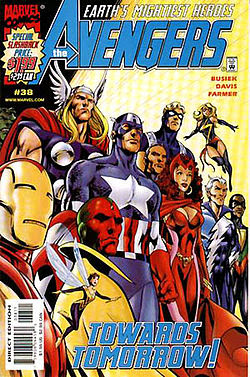 Email ThisBlogThis!Share to TwitterShare to FacebookShare to Pinterest
Labels: The Avengers, Thoughtballoons Avengersthon, Why?