Because quite simply I dig her.  This is saying a lot. 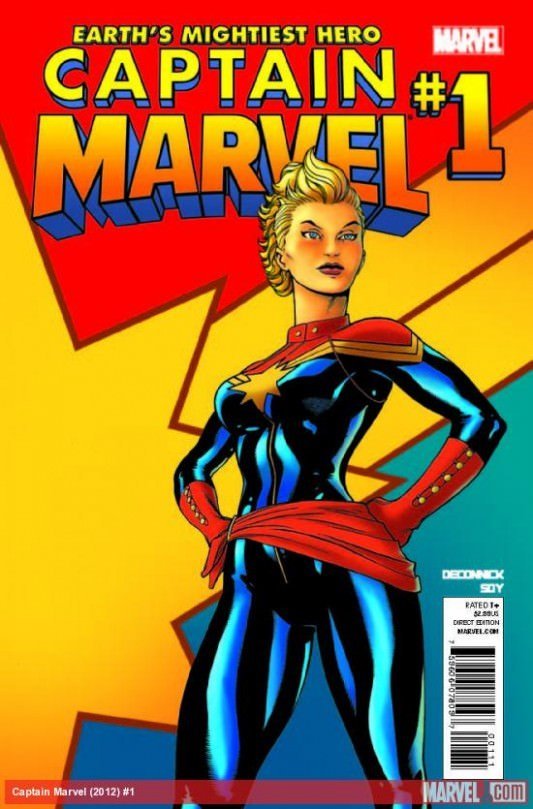 For years Marvel have been attempting to make Carol Danvers aka the new Captain Marvel their No.1 female hero.  With this latest incarnation, they have succeeded.

Personally speaking, Carol Danvers has never hit the mark for me.  While she was trying to be a top class hero, I just wants made to care about her enough for me to see her as that...until now.  Kelly Sue DeConnick has in one issue done what other writers have attempted to do - made Carol Danvers a fully fleshed out character.

I LOVED Osborn by Kelly Sue (which is saying a lot considering the huge fan of Norman that I am) which originally perked my interest in the new Captain Marvel.  I also have a great like for strong female characters, and knew that Kelly Sue could pull this off better than anyone.  After picking up Captain Marvel #1 I can say that not only was I not disappointed, but was blown away.  I cannot recall any #1 issue that has focused solely on a characterisation.  Sure there is a battle, but that isn't important.  What is important is that it shows Carol as an individual with regular hangups.  She is not all powerful and infallible, or even trying to put on a hero façade - she is vulnerable, and thus is relate-able. So this, my fine thought ballooners is why we are writing about the NEW Captain Marvel this week.  I can only hope we give her half of the justice to character that Kelly Sue has.


Want to write your own script?  Then post below and let the world see your writing prowess!
Written by Ben Rosenthal at 12:00 PM