Yep him. His portrayal of Judge Dredd in the 1995 film of the same name is the only experience I had had with the world in which this week’s character inhabits. So not a promising start then.

However with Judge Anderson being the pick for the week, and the co-star in the new Dredd flick, I dove in to research mode. 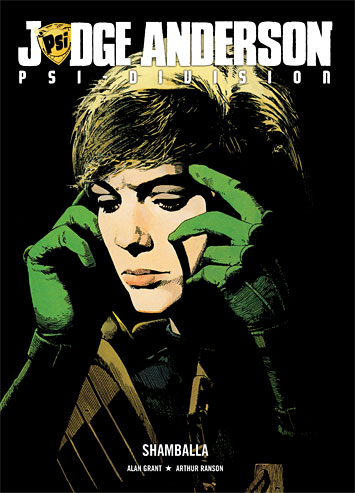 It is her differences to Judge Joseph Dredd that make her a much richer and frankly more interesting character to work with than I had expected. In contrast to Dredd, Judge Anderson isn’t a cog in the judicial system of Mega-City One; she can see its flaws and tries to over come them. She is strong willed and persistent. Normally going against the grain of such a vast and all encompassing law enforcement agency would bring you only trouble, and well it does, however Anderson happens to be so damn good at her job, that consequences for her actions are never that bad. Also in comparison to the straightforward, somewhat cold Dredd, Anderson has a sense of humour; she can be warm and friendly, she forms real and personal relationships. She also shows fear, doubt and remorse. It is these human aspects of the character that make her so compelling, especially when you consider the very dark and lawless vision of the future in which she inhabits.

Furthermore Judge Anderson isn’t just your average Judge; she works as part of the Psi-Division. This department deals in supernatural phenomena, making use of Judges with a variety of psychic abilities.

So we are dealing with a complex, deep human character in a dangerous world in which she is the law. Then add to that her innate psychic abilities, and we have a recipe for some explosive scripts.

So welcome to Mega City One, I hope you enjoy your stay.

As always anyone who wants to join in the fun and play along at home can. Just write your one page script about this week’s character and post it in the comments below.