Why The President of the United States?

Because as you may or may not have heard, the United States of America - a country that I and some of my fellow thought ballooners call home - had an election last week to decide who’s going to be the leader of our country for the next four years. This is kind of a big deal seeing how the United States is a very important country and the person who’s elected to run it is called, among other things, the ‘leader of the free world’.

So it seemed appropriate to pick such an individual during a week around election time since this person – whether as an individual or as the office itself – has also managed to become an important figure in popular culture, comics included. Especially so for major publishers from the United States like Marvel and DC.

See, their major heroes are usually FROM the United States of America, so it’s only natural for their writers to occasionally want to have the heroes they’re writing for interact with the President. We’ve seen everything from major supervillains trying to kill or kidnap whoever’s in office to Ronald Regan forming a team of action heroes to four years ago when Marvel both did their well-publicized guest appearance by Obama in Spider-Man and the fictional candidacy of Stephen Colbert.

And that’s when they choose to either use the actual president or an otherwise nameless ‘Mr. President’. See, the OTHER fun thing about comics is imagining what might happen if their fictional characters were in the role. DC has had President Lex Luthor, Ultimate Marvel currently has President Captain America, and Old Man Logan even featured the flip side by placing Red Skull in the role.

So feel free to have some fun with this one – you could use it as an opportunity to write for your own favorite real-life President either past or present, or maybe even to imagine what it would be like if so and so were elected to (or took over) the office instead. 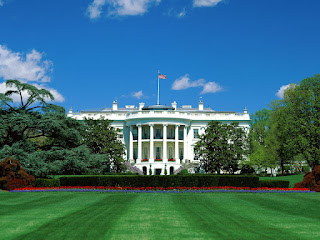 Email ThisBlogThis!Share to TwitterShare to FacebookShare to Pinterest
Labels: POTUS, Why?