Why Planet Of The Apes?


It started with Pierre Boulle's novel, published in 1963 as the race towards Kennedy's 'New Frontier' began to heat up. Next came the infamous Heston starring movie, released in 1968 a year before Armstrong set foot on the moon, amidst the height of the civil rights movement, the Vietnam War and the ever looming threat of the cold war and nuclear doom. 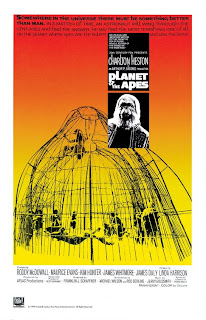 The franchise's strength lies in its ability, like all good sci-fi, to play on the issues we are dealing with in the now (something the Burton remake seemed to miss completely) with the recent 'Rise Of The Planet Of The Apes' introducing more modern fears in the shape of biotechnology and gene therapy, as well as marrying fantastic special effect work with Andy Serkis' performance as Caesar (mirroring John Chambers groundbreaking work on the original movie). 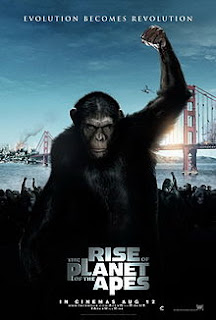 The 'Apes' franchise has existed in all manners of media: books, movies, toys, animated series and of course, comics. This particular ball was set into motion with  a Manga adaptation of the movie back in the late 60's before Gold Key did their own take for American and Western audiences. In the mid to late 70's Marvel picked up the baton, creating original material set in the Apes universe that featured work from such luminaries as Doug Moench, Gerry Conway and George Tuska. 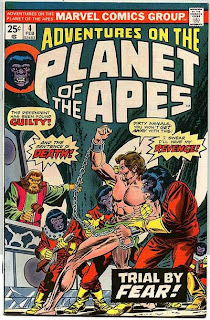 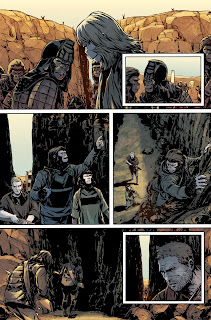 I chose 'Planet Of The Apes' as this weeks pick as it will allow the Thought Balloon writers (and those playing at home) a free reign of genre with an almost infinite canvas. The franchise has run the gamut from the straight up science-fiction/adventure of the original movie to the more nuanced political thriller on show in Boom's recent comic efforts. The Apes franchise also allows us to explore ourselves as a species, holding a mirror up to our greatest fears and questioning our more destructive, primal impulses.
Written by Dan Hill at 12:00 PM

Email ThisBlogThis!Share to TwitterShare to FacebookShare to Pinterest
Labels: Dan Hill, Planet Of The Apes, Why?