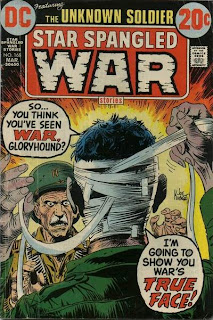 Unknown Soldier, like the other famous DC military character, was created by Joe Kubert and Robert Kanigher in 1966. The character appeared in a Sgt. Rock story (Our Army At War #168) before getting his own title several years later which ran into the early 80’s. This original iteration of the character was an intelligence operative during World War 2.  Hideously scarred and disfigured his head was swathed in bandages, giving him his iconic look. 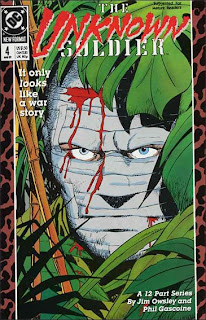 The second series involving the character painted him in a very different light, positing that the character was immortal and a fervent believer in the actions of the good old USA. To some, this was a misstep with the original series playing much more with moral ambiguity and imbuing the character with a cynicism borne of endless conflict and facing down death.

From here Garth Ennis took a shot at the character showcasing the characters post war activities as well as his search for a successor.

But the real reason ‘Why’ I chose the Unknown Soldier as this weeks pick is Joshua Dysart’s interpretation of the character for Vertigo in 2008. Here the action moved to war torn Uganda and centred around the very real conflict involving the Lord’s Resistance Army insurgency which took place in 2002. This version of the character begins his journey as the antithesis of a soldier— Doctor Moses Lwanga. Moses and his wife Sera work together in Uganda and offer their services to the Acholi, a people who've been displaced by the current conflict. 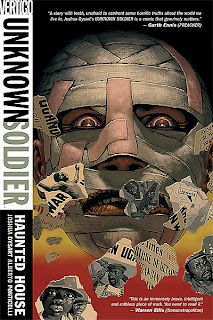 It’s this dichotomy that makes Dysart’s run one of my all time favourites. Moses is a man who has seen the worst that war has to offer— child soldiers, death, maiming, torture, refugees, starvation and corruption. He chooses to help those affected by the war, but in the grand scheme of things begins to wonder whether any of it truly makes an impact. Plagued by violent visions and dreams we begin to see a repressed dark undercurrent of aggression emerge in Moses that only gets worse as the series goes on. Dysart's series not only deals with the war inflicted upon a country but also the war for Mose's soul.

In this way Moses is reflective of Africa itself-- a land of fascinating culture and beauty but one convulsing with the throes of violence and corruption beneath the surface.

In the end it costs Moses. I won’t say any more than that. With the series Dysart seems to be making the argument that to truly fight those who would wage war a man has to put aside his humanity, morality and any semblance of self.  Whether physically or mentally, war claims all of its participants in the end.

Whatever iteration of the character you choose, he offers a fascinating prism through which to view the nature and effects of war. 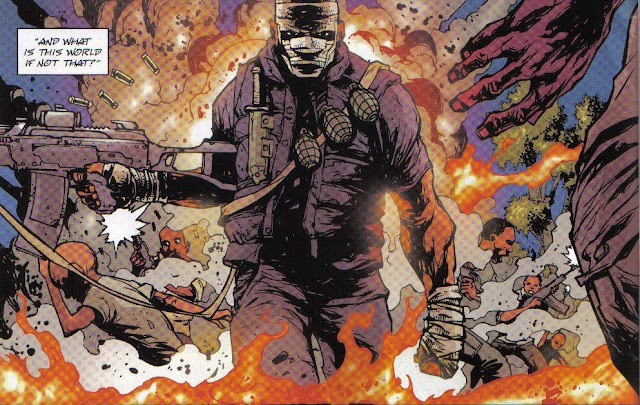