Who is your favourite comic book character?

That would have to be Jonah Woodson Hex. That's why I made him my first ever Thought Balloons pick. It could be no one else. He is the most morally complex character I have experienced in any medium -- a true western anti-hero -- and if he does end up doing the right thing, he seems to hate himself moreso for it. He's also a surly cuss who hates people, so I can relate. 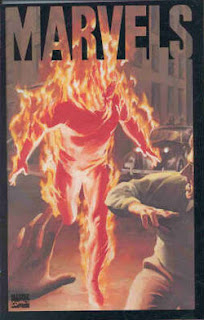 Presumably, this refers to a self-contained story and not an on-going series. And excludes the obvious choice of Watchmen. In that case, I'd say Marvels. Which is odd, since I'm mainly a DC guy. Many recommend Watchmen for first-time comics readers, and I'd say that they should read Marvels straight after. While the former breaks down superheroes, the latter builds them back up again and makes you realise why they are so inspirational.


Who is your favourite comics writer?

This is a tough one, but I'm gonna make the patriotic choice and go with a fellow Scot, Grant Morrison. His mad genius makes him the da Vinci or Mozart of comics. While many may be put off by the swirling maelstrom-like nature of his narratives, there is no denying that they always, brilliantly, have something solidly relatable at the centre.

Who has been the most fun to write so far?

Which character did you most dread having to write?

Usually, any of the ones I pick. Heh. Seriously though, I've always said that I'd never want to write the characters I love most, because I love them so much. My Batman script was perhaps most difficult for this reason; cramming everything I hold dear about that icon into just one page.

The Doctor from Doctor Who. I love that show, and he's another iconic character to me. The show itself is an infinite playground of possibilities. 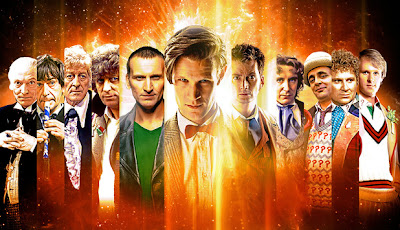 I don't know if it's my best, but I'm particularly fond of my Ozymandias script, simply because I included a few nods to the techniques used in Watchmen: symmetry, zoom-ins, broken glass symbolism, relevant voiceovers, quote in the title, etc.

Which script do you think has been the best on the site?

After three years, there's been far too many to read, let alone remember, but one from recent memory that stands out to me (and I still find myself thinking of it often) was Dan Hill's Krypto script. I picked Krypto that week, but, as I alluded to earlier, was not satisfied with my own script. Dan said everything I wanted to say about Krypto, but much, much better.

But they are, all my colleagues, magnificent in their own ways, and I look forward to contributing many more scripts alongside them until someone else realises their brilliance.
Written by J.D. Coughlan at 12:00 AM