Who is your favourite comic book character?

Most of my favourites are in the Marvel universe:  Iron Fist, Electro, Thor, Nextwave, pretty much all of Marvel's Cosmic Heroes.  Grant Morrison's Doom Patrol, Spider Jerusalem from Transmetropolitan, Lone Wolf & Cub, and Top Cow's Darkness are pretty great too.  But my all-time fave is probably Etrigan, the Demon. 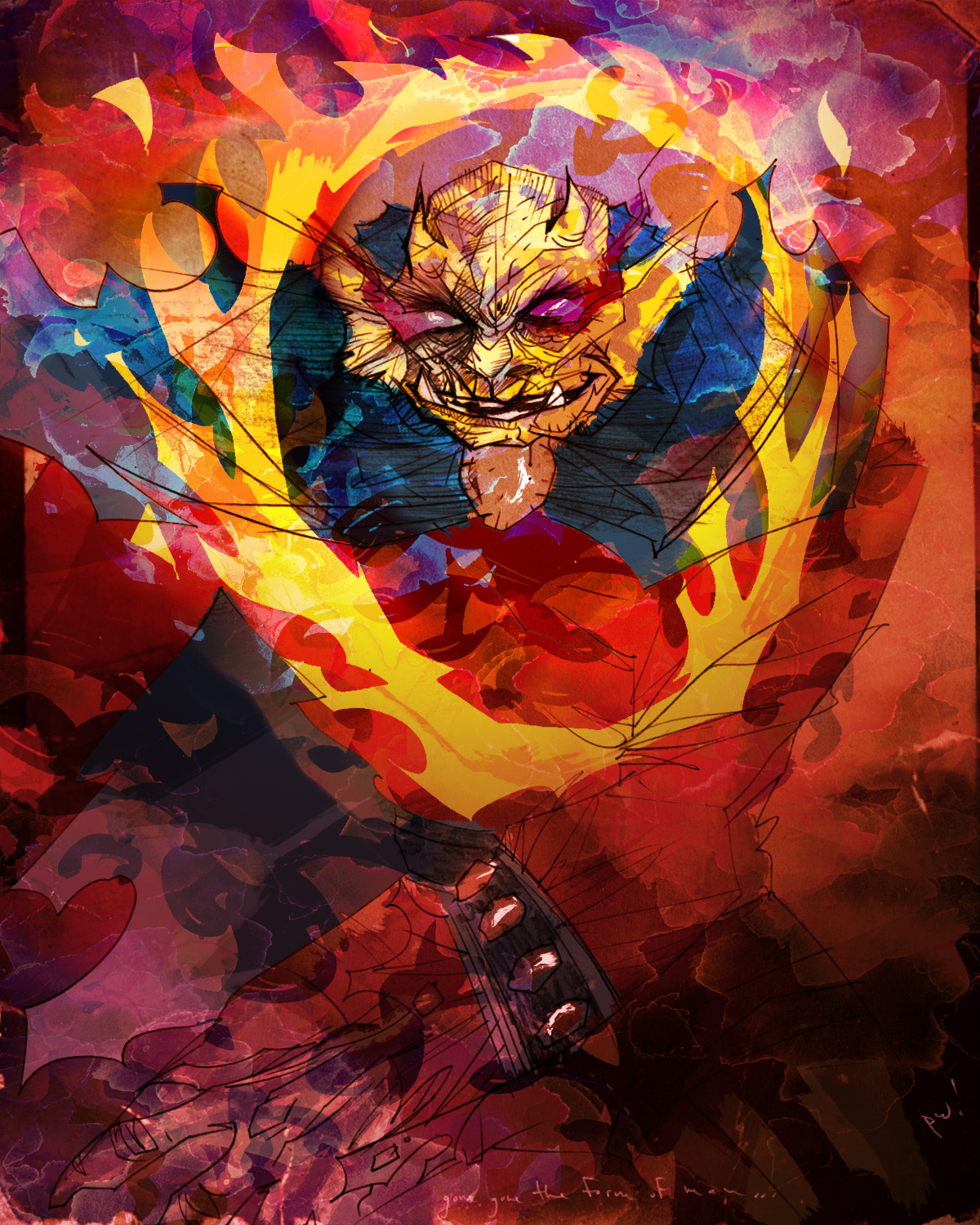 He's the type of character that allows writers to really take risks, and bring out their A-games.  Look at his pedigree:  Jack Kirby, Matt Wagner, Alan Grant, Garth Ennis, John Byrne, Paul Cornell.  He's also the character that I would love to take the chains off and Vertigo-ize.


What is your favourite comic?

Warren Ellis.  When I think of my favourite stories, Transmet, Secret Avengers "Run the Mission...", Planetary, the Ultimate Nightmare trilogy, Whilce Portacio's X-Force run, FreakAngels...I could go on and on, but pound for bloody pound, there is no better, more prolific, or more solidly entertaining writer than he.  He's the kind of writer that makes me realize I'm not completely insane.

Brian Wood is another inspiration to me, especially
DMZ and Channel Zero.


Who has been the most fun to write so far? 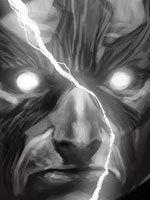 Electro.  ThoughtBallooners know I've got a ton of ideas regarding my own take on Max Dillon, called Redemption Road, and he never fails to inspire me with some completely mental idea.


Which character do you most dread having to write?

Batman or Superman.  I know they are every writer´s dream, but nearly 80 years of continuity and stories, some of them definitive, coming up with something original, that doesn't feel like a retread...brrrr...


Which non-comics character would you most like to write?

Atticus Finch from To Kill a Mockingbird, or Andrew Vachss's Burke.  I'll let you read them yourself and figure out why.


Which script do you think has been your best so far?

Etrigan the Demon.  Probably because I've thought about Vertigo-izing that character for so long, the mood and the rhymes and the feel, it all just came out right.


Which script do you think has been the best on the site?

"Big" Ben Rosenthal's Captain Marvel just nailed both the history and legacy of the character in one succinct page...

Dan "Run for the" Hill's Unknown Soldier.  I said it in my comments on that page, that his take on the Soldier deserves to be illustrated and published.  The moment I read it, I jumped up and down, not just at the sheer bravura of the concept, but at the potential to further stories while still respectful of the previous bearers of the title.  Bonus points,as this was the best thing I read all year - absolutely inspiring (so much so, I was compelled to continue the tale).

Grant McLaughlin (with you, not at you) completely had me with the brilliant twist at the end of his POTUS script...

JD Coughlan (with you, not on you) ate my brain with his short-but-sweet, pulp-meets-time-travel Escapist page...

MK "Stranger in a" Stangeland's Nightcrawler was authentic, heartfelt, and spiritual at a time when I really needed it (thnx, sir)...

Niel "eye-ee, not ee-eye" Jacoby's Spider Jerusalem was timely, entertaining, and made me laugh evilly, making my wife look at me sideways.  It broke my brain....

Ryan "the K stands for quality" Lindsay...Squared Circle. (did you really think it would be anything else?)

Shaun "Ruffles have" Richens wrote the most sublime Peanuts strip, it would have been right at home printed in a newspaper. (Good Grief!)

Thanks again to all of these guys, not just for letting me play in their sandbox this past year, but for helping me become a better writer.  Here's to the NEXT year!
Written by American Zombie (R. A. Wonsowski) at 12:30 AM