This Wednesday marks 3 years of Thought Balloons.  Three years of both tenured writers and play at home writers putting out a page of script each week.
Many have come and gone over the past 1069 day.  Some have moved in to other areas, others didn't feel they could not keep up with the schedule due to real life, and others have had to drop away because of success being found in the comic’s field.  The most noticeable of these being the grand wizard of Thought Balloons himself – Mr Ryan K Lindsay.

I still remember receiving the email from ‘Moneyshot’ Lindsay those years ago asking if I wanted in.  I jumped at the chance.  At the time I had no idea how to write comics.  All I knew is that I wanted to give it a shot.  You can tell this by looking at my very first Iron Man script. 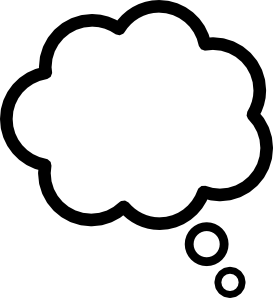 What Thought Balloons gave me was a chance to not only look at how others write, but also an opportunity to gain invaluable feedback from other tenured writers, and some from within the industry as well (We know who you are guys.  Thank you for taking time to read our words even though you are not supposed to.  Smiley face).  I can quite honestly say that I would not be the writer I am today if not for Thought Balloons, and I think anyone who has had a tenure on the site would echo those sentiments.

So here we are.  Three years in the can.  Over 1070 scripts written  and so many more characters to get to.

This week is all about our inspirations - who do we look up to in regards to our writing.  You will also find a "Getting to Know Thought Balloons" questionnaire from the tenured writers.  Some of our newer scribes have not yet done one.  For those who have, there are additional questions which may or may not contain swears.

From all the tenured writers both past and present, thank you very much for looking in on our little site.  It is a great community, a great tool and a great asset.

P.S We encourage you to play along too, each and every week.  Simply post your script in the ‘Why?’ comments section for that week’s character and gain feedback from one or all of the tenured writers!

Email ThisBlogThis!Share to TwitterShare to FacebookShare to Pinterest
Labels: Anniversary, Three Years, Why?