Why the Human Torch? 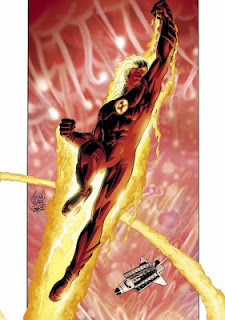 With Thought Balloons currently 2 of 4 on members of Marvel’s First Family - last member showing up over two years ago - it seemed as though we were well overdue for member #3 to make an appearance.

So here we are with Johnny Storm, AKA the Human Torch. The team member that readers can probably relate to the most.

Oh sure, Ben Grimm may be the everyman who everyone can relate to, but how many of us could really imagine a depressing existence as a man stuck in an orange rocky skin?

Reed Richards? He may be at the top of Marvel’s IQ list, but that’s operating at a level of intelligence few readers can really comprehend. Not to mention aloof, has trouble connecting with his family at times, and if alternate universe versions of him are anything to go by, he may not be as mentally stable as he first appears. His wife Susan, meanwhile, is stuck with the responsibility of being the team adult.

Then you have Johnny Storm, who is the one that most readers would probably take after if they themselves really had superpowers. He uses his powers for fun as much as for fighting crime, relishes the attention that comes from the Fantastic Four’s status as celebrities, and isn’t above using the publics knowledge that he’s a superhero to pick up chicks.

As much as dead relatives and emotional guilt may make for classic origin stories and powerful motivators, the fact is that one of the real joys of superhero comics is getting to see them use their superpowers. Because superpowers are cool, and Johnny Storm, the Human Torch, is fully aware of this.

He’s also one of the few parts you’ll probably be able to get people to admit was well done in the live action Fantastic Four movies. As played by future Captain America actor Chris Evans, no less. 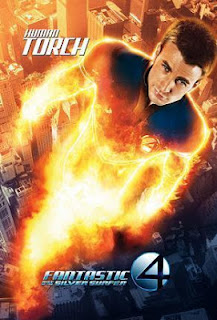 Email ThisBlogThis!Share to TwitterShare to FacebookShare to Pinterest
Labels: Human Torch, Why?