Why Malekith the Accursed?

In case you haven’t heard, the latest Marvel Cinematic Universe movie came out recently: Thor: The Dark World. Which features Malekith the Accursed as its headlining villain. 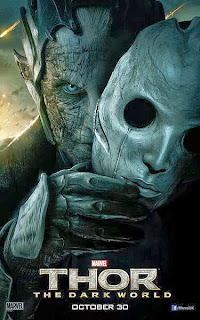 And, of course, in traditional Thought Balloons style, it means setting aside a week and letting a comic adaptation choose our theme for the week. And with Thor already having his week back when the first movie released, it was decided that Malekith should have the spotlight this time around. Complete with a vote and everything.

That said, Malekith is a character that odds are wouldn’t have been picked any time in the near future otherwise – which probably says far more about Marvel and their current movie philosophy than it does about Malekith himself. Between this and next years Guardians of the Galaxy, Marvel is clearly not shy about digging into the less notable members of their catalogue. Sure, Guardians may have a fanbase and following from among the comic reading community (including yours truly), but they hardly have the same popular recognition as the likes of Thor, Iron Man, and Captain America.

Marvel’s on a hot streak right now with their movies, and that gives them freedom to play to what works for the story and who might have real potential rather than who’s popular and who are people going to know about already.

So let’s see if we can’t dig into Malekith and see what pages we can write about him ourselves, shall we? 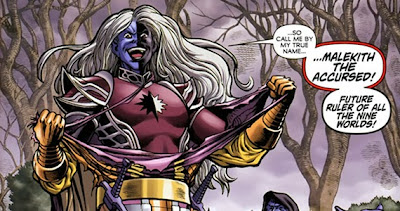 And, of course, at always, guest scripts are not only welcome, but encouraged. If you want to get in on the fun, go ahead and travel into the comments section of this post below and post your own one-page Malekith-related script.
Written by MK Stangeland Jr. at 12:00 PM

Email ThisBlogThis!Share to TwitterShare to FacebookShare to Pinterest
Labels: Malekith the Accursed, Why?