Dinosaur Comics is a comic about talking dinosaurs. Do you really need any further reason? 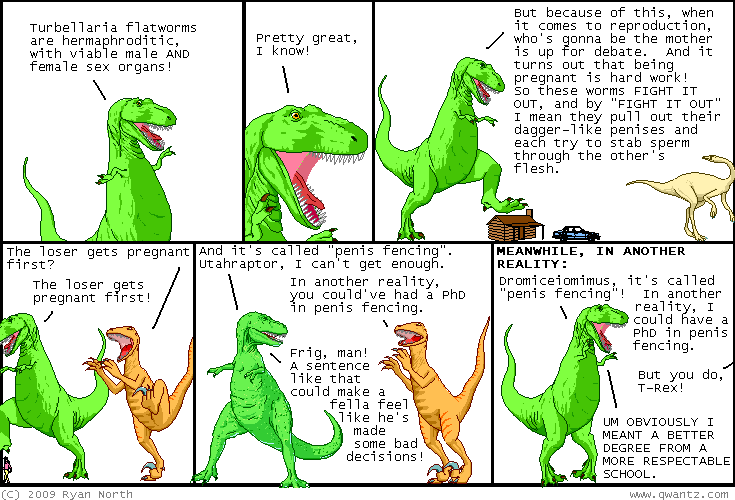 Dinosaur Comics uses the same artwork every strip with only dialogue changing and yet has managed to post original scripts every weekday since February 2003!

This week the thought-ballooners are going to be playing fill-in-the-blanks with one of the longest running and most popular constrained webcomics. 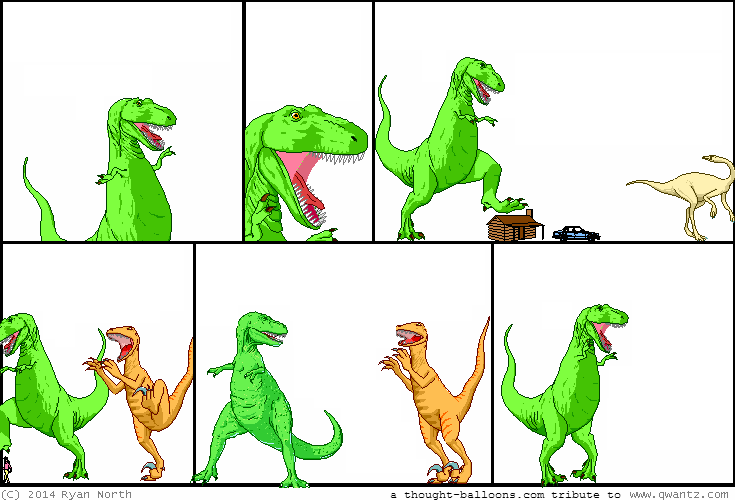 Also, Dinosaur Comics is a comic about talking dinosaurs. Did I mention that already?