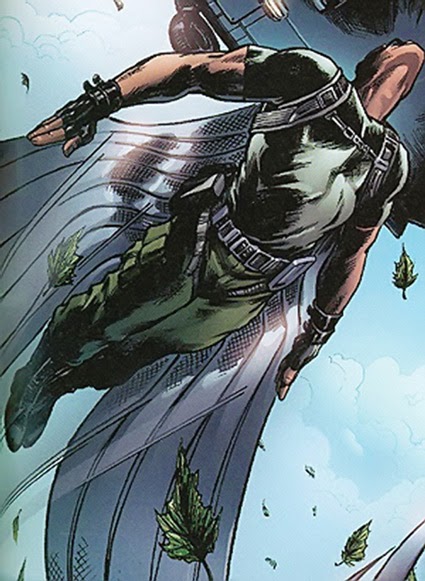 In a film titled; Captain America: Winter Solider, its neither of these title characters that grab me. It's the Falcon I'm most interested in. 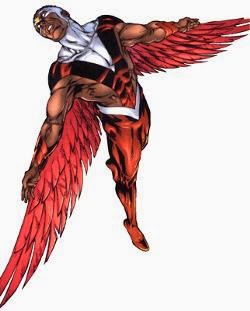 The Falcon is more than just the winged hero he seems on the surface. The Falcon is Sam Wilson, a man with a sad and troubled past, caught up in a life that dragged him down the path of crime. But in his darkest moment, on the brink, Captain America pulled him back to reveal the man Sam was born to be. A man who could rise above it all, to become a friend to Steve Rogers ,and a crime fighting partner to the first super human, the first superhero, Captain America. What a truly great man Sam Wilson, The Falcon is. 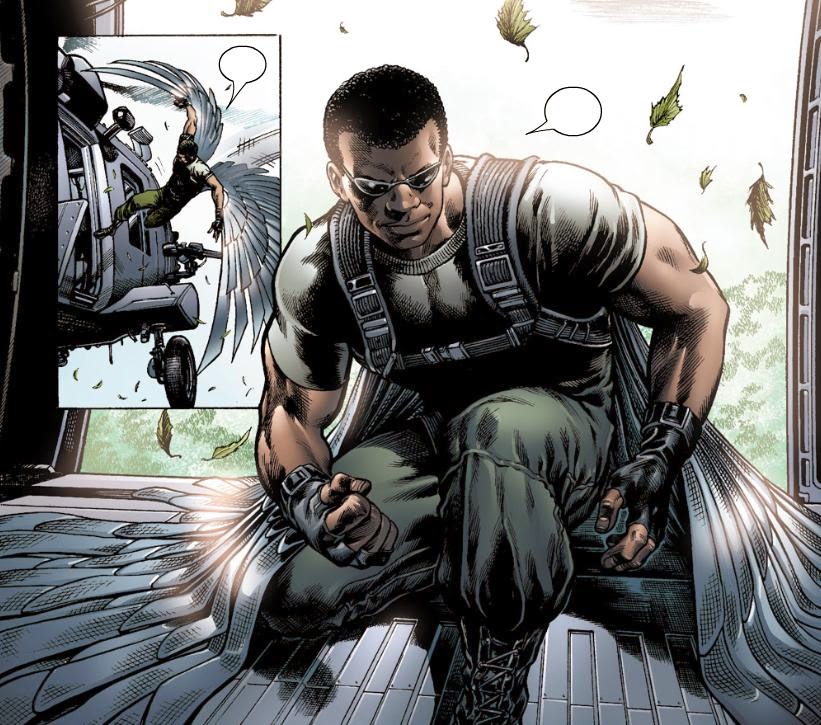 So this week the sky's the limit. Let's soar.

Email ThisBlogThis!Share to TwitterShare to FacebookShare to Pinterest
Labels: Falcon, Why