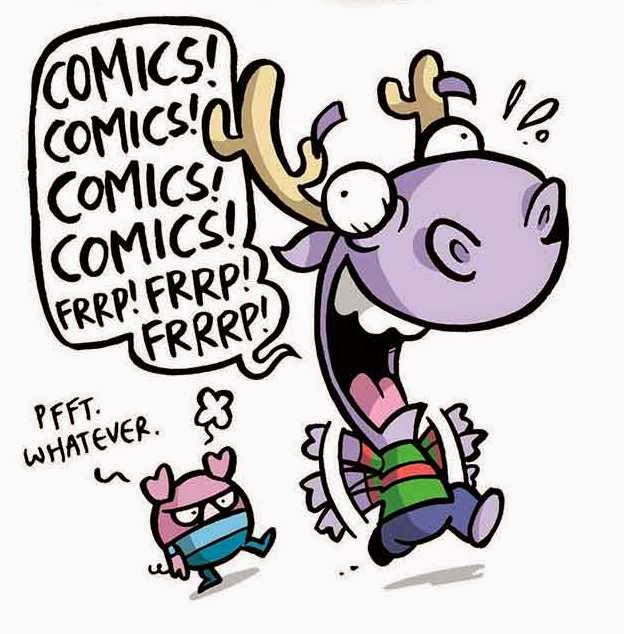 Moose Kid himself was an unsuspecting kid who happened to get on the wrong side of some wizards, get himself turned into a moose and transported directly into a comic. This didn't seem like the punishment it was meant to be to Moose Kid, so the Wizards have entered the comic to hunt him down and drag him back out!

We created Moose Kids Comics for three main reasons:
Here in the U.K, mainstream children’s comics have been dying out, especially ones featuring original content. The Phoenix and The Beano are the only commercially available weekly titles still producing entirely original characters, but they are competing against big-name licensed titles based on TV shows or merchandising.
We want to help change things. We want to be creating the next generation of loveable characters for the world to embrace, all created by artists who retain their copyrights and put all their heart into their creations.
We want to remind both children and adults alike how fantastical and imaginative comics can be, and to help bring children’s comics back into the public consciousness.

Email ThisBlogThis!Share to TwitterShare to FacebookShare to Pinterest
Labels: Brian Manton, Moose Kid Comics, Why, Why?