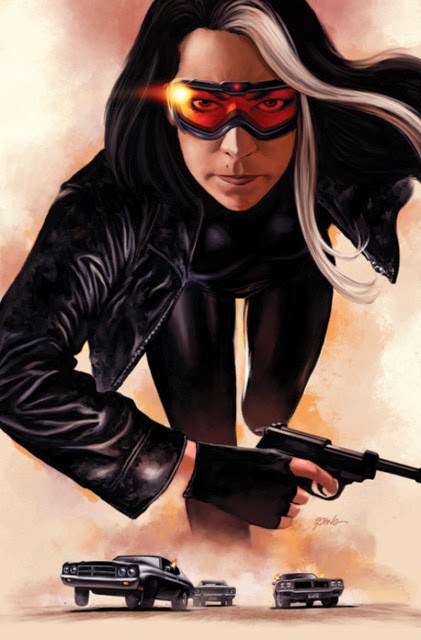 There is more to Velvet Templeton than meets the eye.

By day she works as the secretary to the Director of ARC-7, an elite covert operations organization. But in a previous life, Velvet was an operative of ARC-7, one of the best, until taking up her current role behind a desk.

In other words, Velvet is a badass Moneypenny, who wouldn't put up with James Bond's macho bullshit.

At time of writing, Ed Brubaker and Steve Epting's espionage series has just completed its first arc. It is absolutely fantastic, the kind of spy story I've been missing since Greg Rucka's Queen & Country was placed on perpetual hiatus.

I'm sure Velvet's world will prove a fun sandbox for our writers to play in.
Written by Simon McDonald at 12:00 PM

Email ThisBlogThis!Share to TwitterShare to FacebookShare to Pinterest
Labels: Simon McDonald, Velvet, Why?