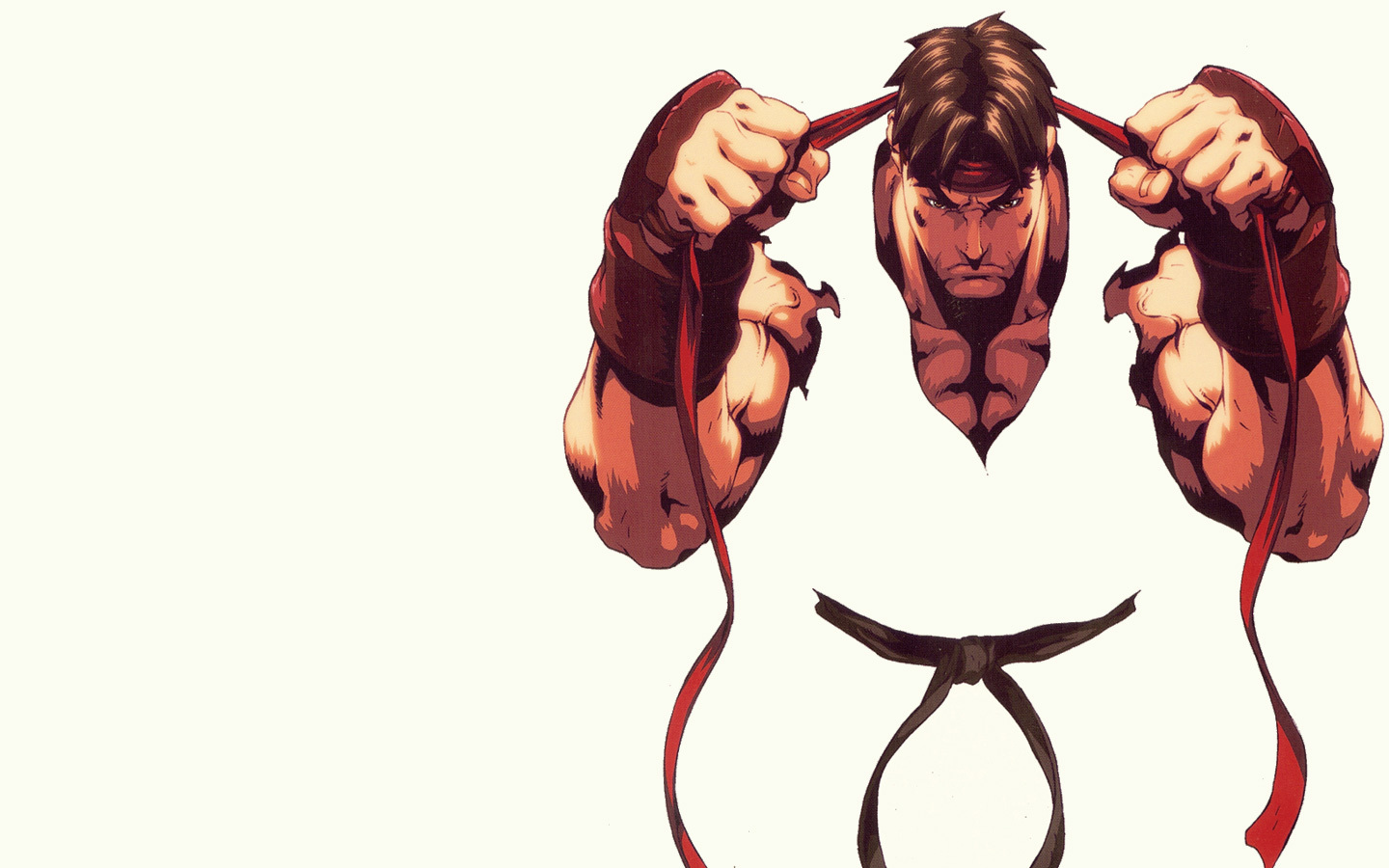 Uh, because he is all kinds of awesome.

Originally the victor of the first Street Fighter tournament (according to the video game) Ryu not only took the title but left a scar on rival Sagat's chest.  His only desire was to seek out stronger opponents and support his training partner and best friend Ken Maters.

However as the series grew in popularity Ryu's motivation and history has been expanded.  Through the prequels Street Fighter Zero series it is revealed that his Sensei Gouken, whom we originally were told was killed by Street Fighter II boss M Bison, was in actuality killed by his brother Akuma - a man who had been seduced by the darker aspects of the hadou (the mystical force that allows Ryu and Ken to throw fireballs and such). 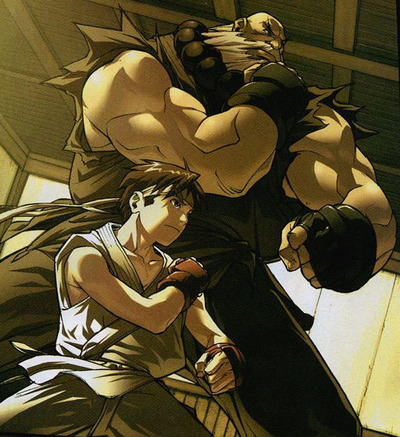 Ryu's mission was to find Akuma and avenge his Sensei's death.  Later, this mythology was further expanded upon with Ryu at constant battle with the dark hadou.  He was constantly at war with it, fighting within himself as well as physical opponents.  It was explained that Ryu scarring Sagat in their bout for the Street Fighter final was a result of him giving in to this dark hadou.  Somehting he vowed never to give in to.  Akuma however has other plans.  Akuma wants to see Ryu succumb to this evil power so that they may  battle to realise who is the true master of their craft. 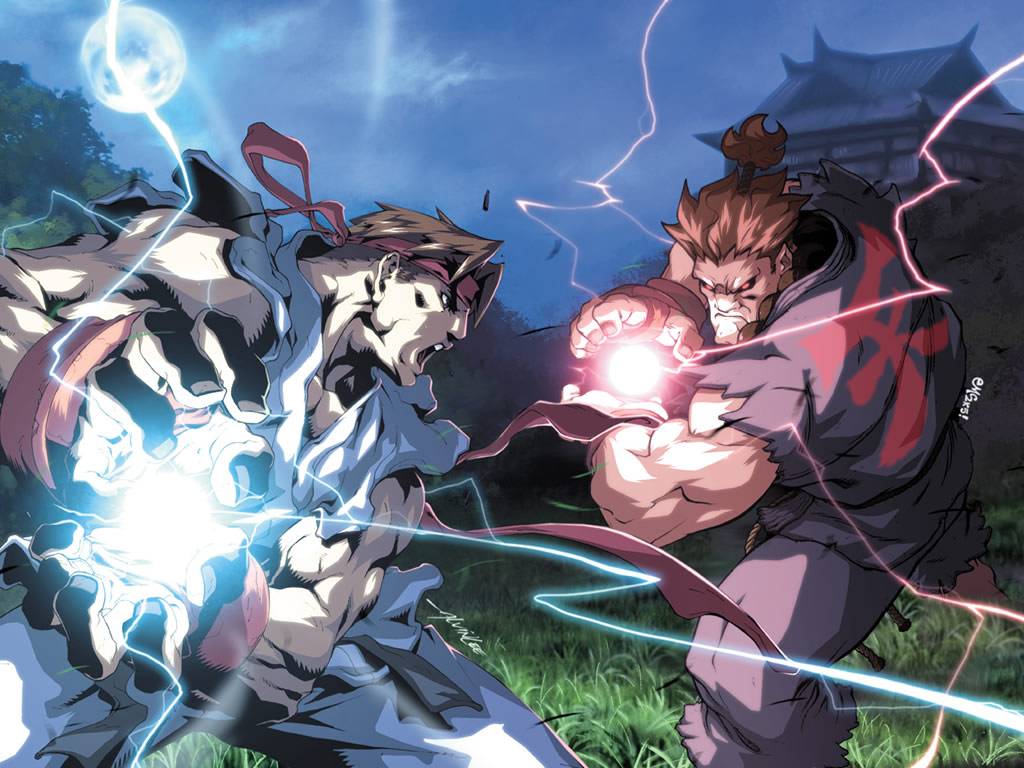 Recently (as in Street Fighter IV) players have the option of playing two Ryu characters - normal Ryu and an Evil Ryu.  This incarnation has Ryu consumed by the dark hadou, a hole in his chest and a thirst for blood and murder that cannot be fulfilled. With a character who is constantly being fleshed out, the tenured writer's of Thought Balloons have a lot of wriggle room this week.  And don't forget - if you have a one page comic script about Ryu please feel free to post it below.  We even will provide feedback, cos we're nice like that,