Because everyone should get to be a superhero. 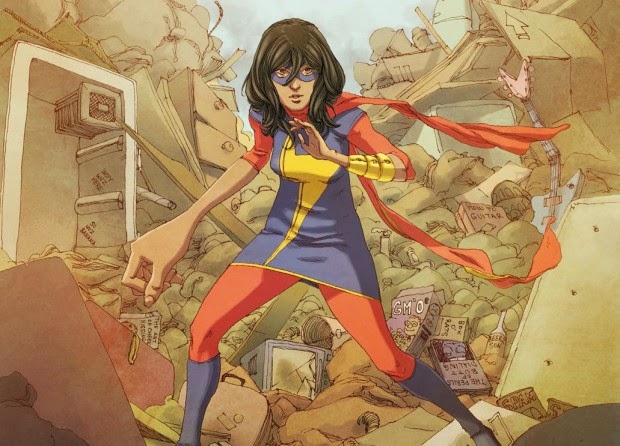 In February of this year, Marvel Comics gave us the newest character to go by the name Ms. Marvel. Kamala Khan, a  teenage Pakistani American from New Jersey, who, after exposure to the Inhumans' Terrigen Mists, finds herself with the ability to change her shape. A superhero fangirl, whose personal idol is Carol "Captain Marvel" Danvers, Kamala finds herself inspired to use her newfound powers to help people.

Created by editor Sana Amanat, writer G. Willow Wilson, and artist Adrian Alphona, Kamala represents the first Muslim character to ever headline a Marvel Comic book. And to me, she represents something else - the idea that EVERYONE can potentially be a superhero. Kamala is a teenage Muslim girl, and her story provides a window into that world of experience, but she is not defined by any one attribute or label. She is brave, charming, likeable, and utterly relatable, and my favorite new character to be introduced at the House of Ideas since Miles Morales. Every issue of Ms. Marvel has made me smile, has made me laugh, has made me cheer, and has made me learn something.

Everyone deserves to be a superhero. Kamala Khan is proof of that.