...because there was a building on fire and it wasn't his fault. 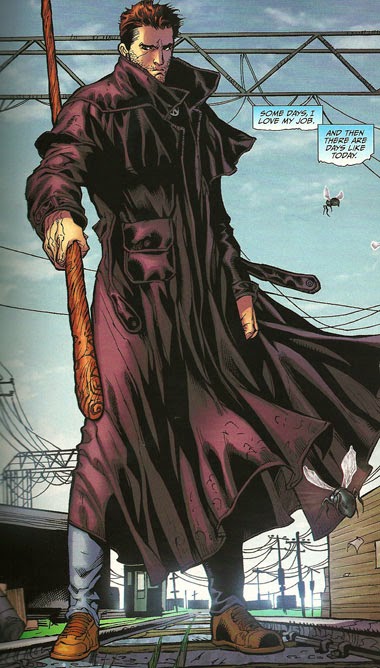 Harry Blackstone Copperfield Dresden (conjure that name at your own risk) works at an office in midtown Chicago. He may or may not be the only practicing wizard in the country. While the others tend to hide their identities, you can find Harry's name in the yellow pages, under the "Wizards" section. Unsurprisingly, he's the only one there. For the most part, people call him to ask if he's serious.

Harry is a powerful wizard who works as a private investigator for the supernatural, and often times works as a consultant for the Chicago PD. While he is quite a strong wizard, he does lack some fine control and magical manipulation displayed by the others. He usually blasts enemies off with fire and wind spells during battles, though he has displayed abilities using the different elements as well, even channeling lightning from an oncoming storm. He is also skilled with tracking spells, which helps quite a lot in his profession, along with summoning and entrapment spells, allowing him to consult with various supernatural creatures, like demons and faeries. He can create magical circles that'll prevent supernatural creatures from going in (defensive), or going out (imprisonment). His magical aura is actually so strong, in fact, that the energies associated with it disrupts electronic devices around him, causing them to fail.

Because of his lack of finer control in magic, Dresden usually relies on magical items to help focus and channel his magical energy, such as his rune-carved staff, his blasting rod (which is just a wooden stick that he uses to blast fire and kinetic energy), his shield bracelet and protective rings. He also wears a duster with a protective aura. He also carries with him a revolver, sometimes a shotgun, because he's not dumb. Lastly, though he never carries it with him, he also has Bob, a talking skull ghost who possess great knowledge about everything magic/supernatural. 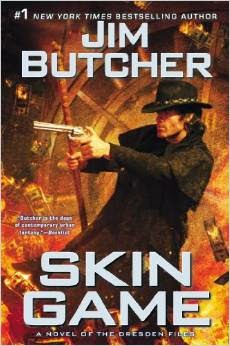 Created by novelist Jim Butcher to be the protagonist of The Dresden Files series (a blend of magic and hard-boiled detective fiction), Harry Dresden has appeared in 15 novels (main medium), a number of limited and unlimited comic series, and even a TV adaptation.