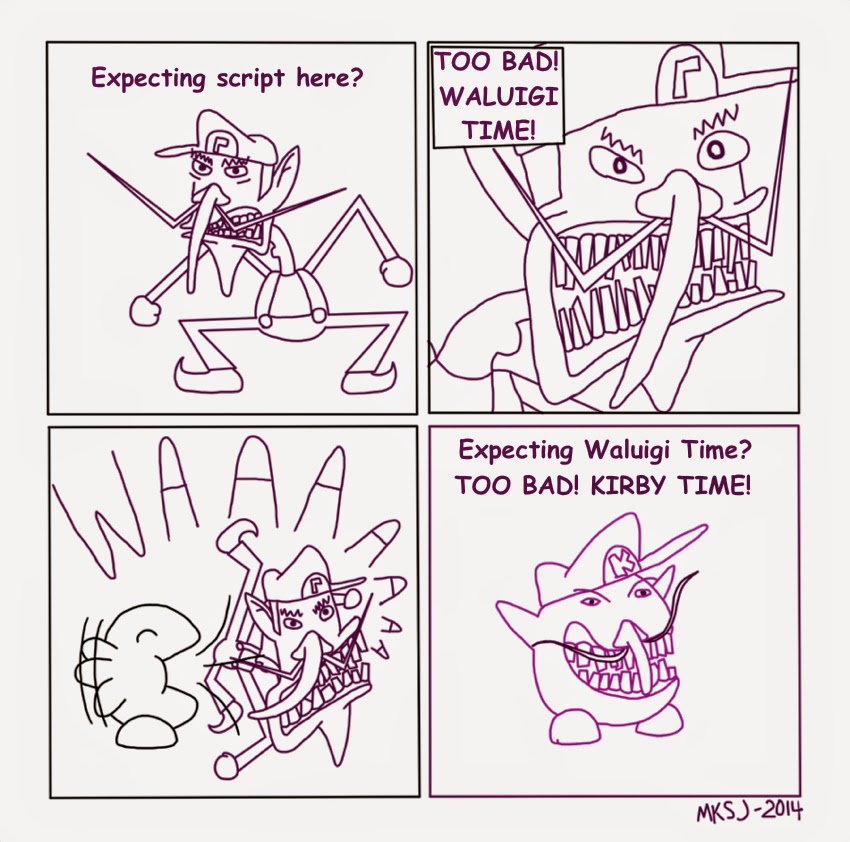 (Confession time: I didn't actually write a script at all this week. At least, not outside the script I wrote in my head - once I knew I was picking Brawl in the Family this week, I pretty much fully formed the script in my head and then just drew it straight out.

If you're not very familiar with the webcomic, it would be understandable if you don't get the joke here, but suffice it to say I took one of early and longest-running jokes in the comic and crossed the streams with it's memetic version of Waluigi for a comic that I'm almost 100% sure never actually happened. Though the final panel IS a direct reference to the 'Waluigi-tized' Kirby taken from the comics 'Waluigi in the Family' bits.)
Written by MK Stangeland Jr. at 12:30 PM