Beginning in 2009, the Parker novels were finally given three things they had never been given before: 1) a series of 2) faithful adaptations where 3) the character was called “Parker.” This was courtesy of award-winning comic-book artist and writer Darwyn Cooke, who received Donald Westlake’s blessing for the project (alas, Westlake did not live to see a completed volume). 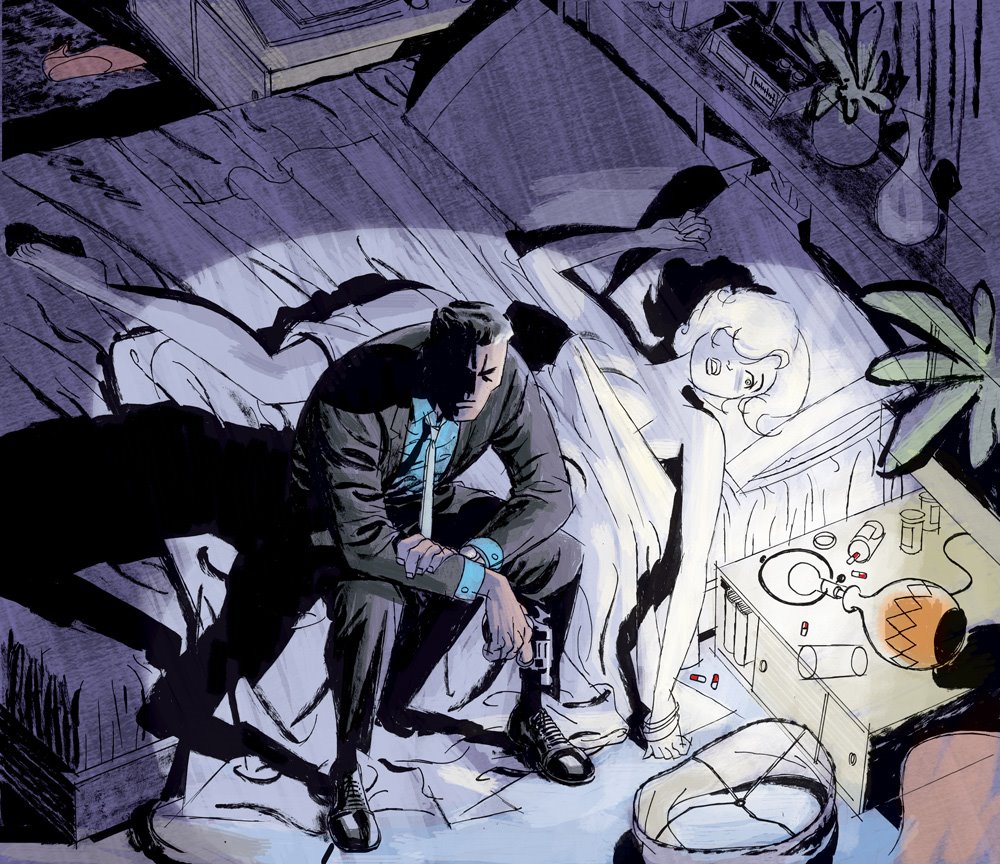 The Hunter is the story of a man who hits New York head-on like a shotgun blast to the chest. Betrayed by the woman he loved and double-crossed by his partner in crime, Parker makes his way cross-country with only one thought burning in his mind — to coldly exact his revenge and reclaim what was taken from him!

Initially planning to adapt the first four Parker novels, Cooke changed his mind after the project had begun and instead went for the ones that he thought would make for the best visual adaptations.

Written by Ben Rosenthal at 9:22 AM