Dude. Gorillas are awesome. Why are we even having this conversation? 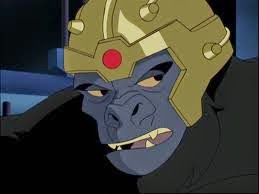 In the world of awesome comic book gorillas, Grodd reigns supreme. He was created by the legendary Carmine Infantino, so right there you know he's got to be great. Grodd is a hyper-intelligent, telepathic, SUPER-gorilla, who got his powers, depending on when you started reading comics, from either an alien spacecraft or a radioactive meteor. 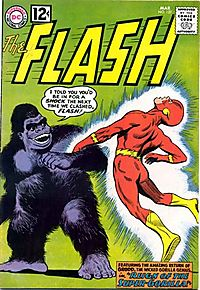 Regardless, Grodd and a group of other gorillas are forever changed, made super intelligent, and, in the case of Grodd and his nemesis Solovar, telepathic and telekinetic.

The gorillas construct a super advanced city named, perhaps somewhat obviously, Gorilla City, and everything is pretty cool until some silly humans stumble upon the place, giving Grodd the opportunity to take over the city and start a campaign of world domination. Solovar calls the Flash for help, and it's been speedster versus gorilla ever since. 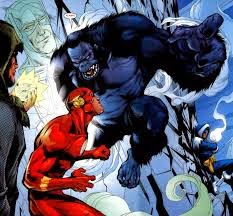 Grodd's enjoying a bit of a renaissance these days, with an appearance on the new Flash TV show. But even before he hit big screen stardom, Grodd was always my favorite telepathic, homicidal, despotic gorilla. And now he can be yours.

(BTW, if this week doesn't get us another edition of "Buddy and Grodd" from MK Stangeland, I'm calling shenanigans. I ask for so little in this life.) 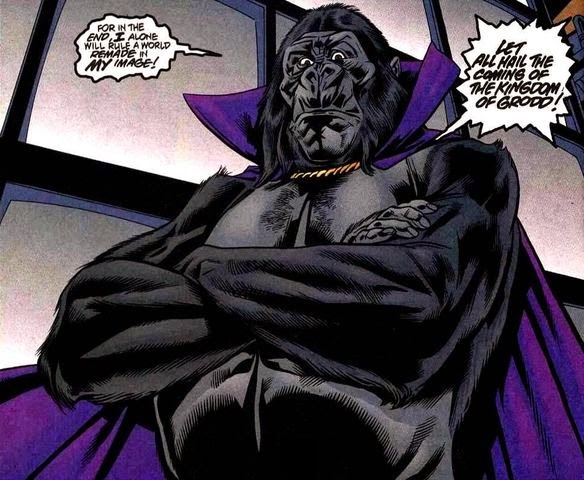 Email ThisBlogThis!Share to TwitterShare to FacebookShare to Pinterest
Labels: Gorilla Grodd, Why?