Where would comics be without them? 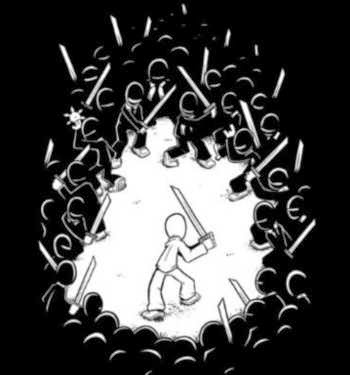 They’d be short a hand and a foot, that’s what. Hobbled, struggling to make up the difference from what they are today.

No high-class kung fu action, no elite villains for when you want your hero to actually need skills to punch through to the evil mastermind, and even a lot of those heroes and villains themselves wouldn’t be half who they are today.

Hardly any large-spanning comic universe worth its salt anymore – and probably even a majority of the small ones – doesn’t have ninjas in some way, shape, or form. Shouldn’t be hard to see – unlike ninjas themselves - how integral they’ve managed to become to not just comics, but pop culture in general.

Because let’s face it, ninjas? 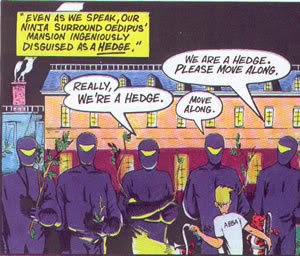 Email ThisBlogThis!Share to TwitterShare to FacebookShare to Pinterest
Labels: Ninjas, Why?