What a difference a year and a half makes. 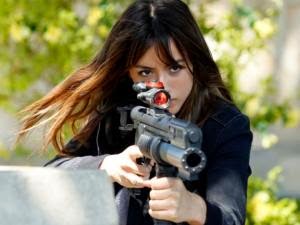 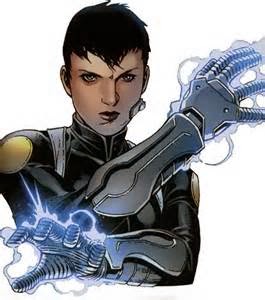 Back when Agents of SHIELD was first rolling, there was a lot of talk about, among other things, how rather lackluster the show was. It wasn’t a terrible show, but it certainly wasn’t what people were hoping for. Then came Captain America: The Winter Soldier, and everything changed for the better. And then, as the show hit its second season mid-year finale, it dropped another couple of bombshells.

Among them was the matter surrounding the character of “Skye”, a woman who when she was introduced didn’t get a whole lot of love, with some people going so far as to call her out as a Mary Sue. And while she certainly got better post-Winter Soldier, it still took everyone by surprised when it was revealed that “Oh, hey, guess what Marvel fans! You already know this character!”

Turns out that Skye was, in fact, Daisy Johnson, AKA Quake. An earthquake generating superhero who served as Nick Fury’s right hand woman during his exile leading up to Secret Invasion and during the Secret Warriors series. A woman who’s got the power to take out Magneto and training from THE spymaster himself to operate on the more clandestine side of the coin.

She’s also very much the kind of element fans of the Marvel Cinematic Universe were asking for from Agents of SHIELD from the get go. And if their post-Winter Soldier record is anything to go on, it’s a payoff we can expect to see some great things from.
Written by MK Stangeland Jr. at 12:00 PM

Email ThisBlogThis!Share to TwitterShare to FacebookShare to Pinterest
Labels: Quake, Why?