Why The Legend of Zelda?

Is that a for real question?

There are so very many reasons.

It's one of the most iconic Nintendo properties.  There have been a plethora of games released under the banner, many of which could convincingly be argued to be among the best video games of all time.  The series has featured some enchantingly beautiful art, environments, and characters, along with astoundingly wonderful music.  It's spawned a number of a comic / manga adaptations (including Shotaro Ishinomori's adaptation of A Link to the Past, which is being re-released this week).  To name but a few.

All that being said, for me, The Legend of Zelda is all about Ocarina of Time. 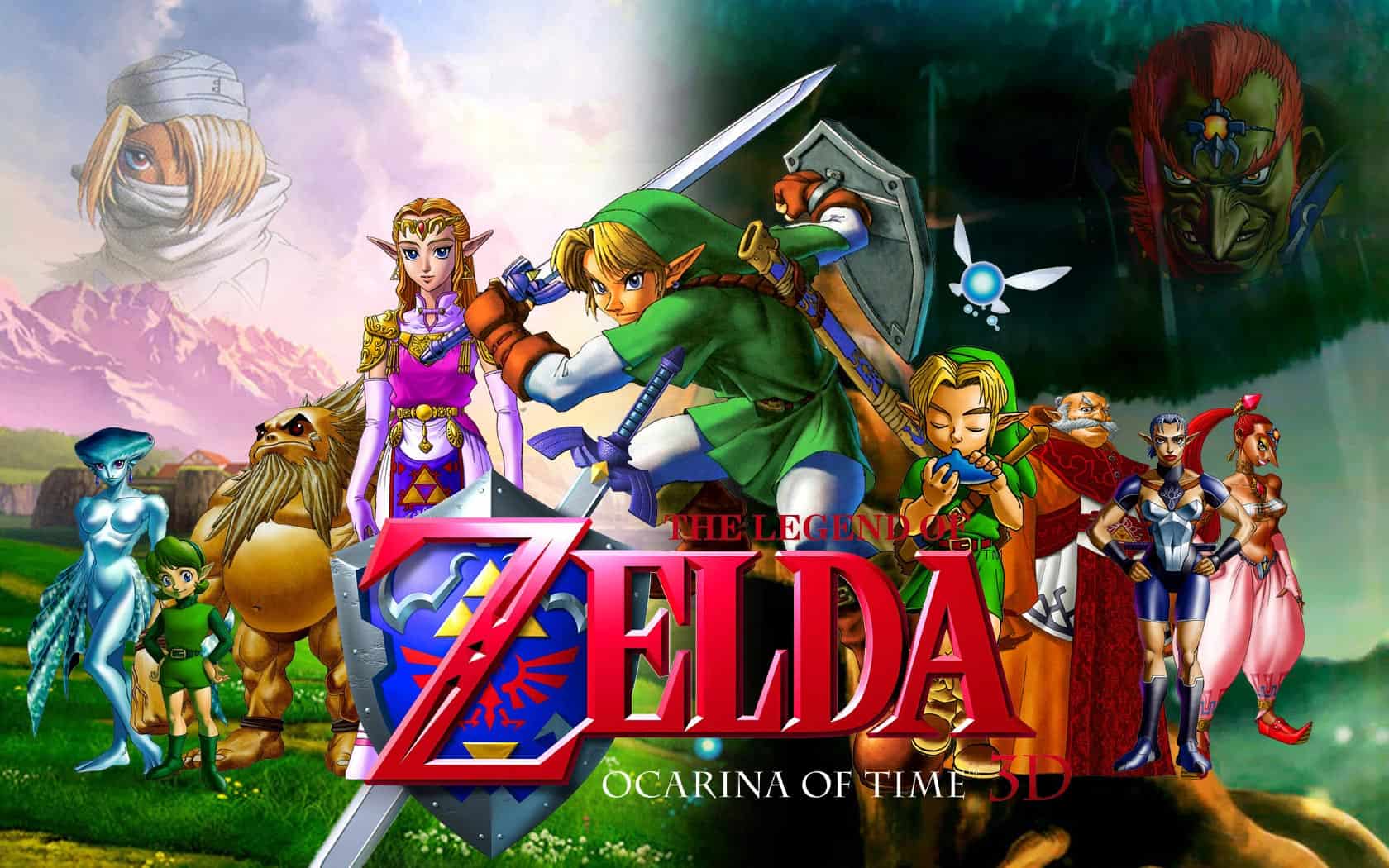 Playing that game was a revelation.  An adventure game that truly felt like an adventure, it let you wander and explore this amazing, wide, and wonderful world that had mysteries and magic behind every corner.  Taking control of Link, you slowly realize just how deep and complex the world is, and it was amazing.

I still remember Navi racing through Link's village in Kokiri Forest to wake him from his prophetic nightmare.  Before I knew it, I was endeavouring to save the Great Deku Tree, sneaking into Hyrule Castle, dealing with the dangers of Death Mountain, and diving into the belly of Lord Jabu-Jabu, all in the effort to do what's right and be a hero. 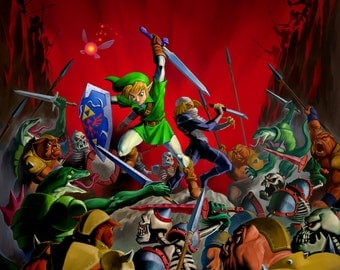 And all that was before I got involved with the Temple of Time, growing up, and contending with the various challenges of spirit temples (do not even get me started with that dang Water Temple).  I still think fondly of my times in Hyrule squaring off with epic bosses, meeting true friends, and listening to some of the best tunes around.

The game was (and remains) an amazing example of modern-day mythmaking, and one of the most exciting parts is that you as the player actively participate in the whole thing.  I obviously didn't consciously catch this when playing as a youth, but that's undeniably what happened.

So while I'm sure many of us have our own personal experiences in different games of guiding Link through darkness towards the light, my suggestion this week is that we give it a go through a different medium.

I look forward to seeing different interpretations this week, whether from our tenured members or anyone who'd like to jump in and play at home.  The gameplay for the series has often been top notch, but it's the storytelling that has made it Legendary.
Written by Grant McLaughlin at 12:00 PM

Email ThisBlogThis!Share to TwitterShare to FacebookShare to Pinterest
Labels: The Legend of Zelda, Why