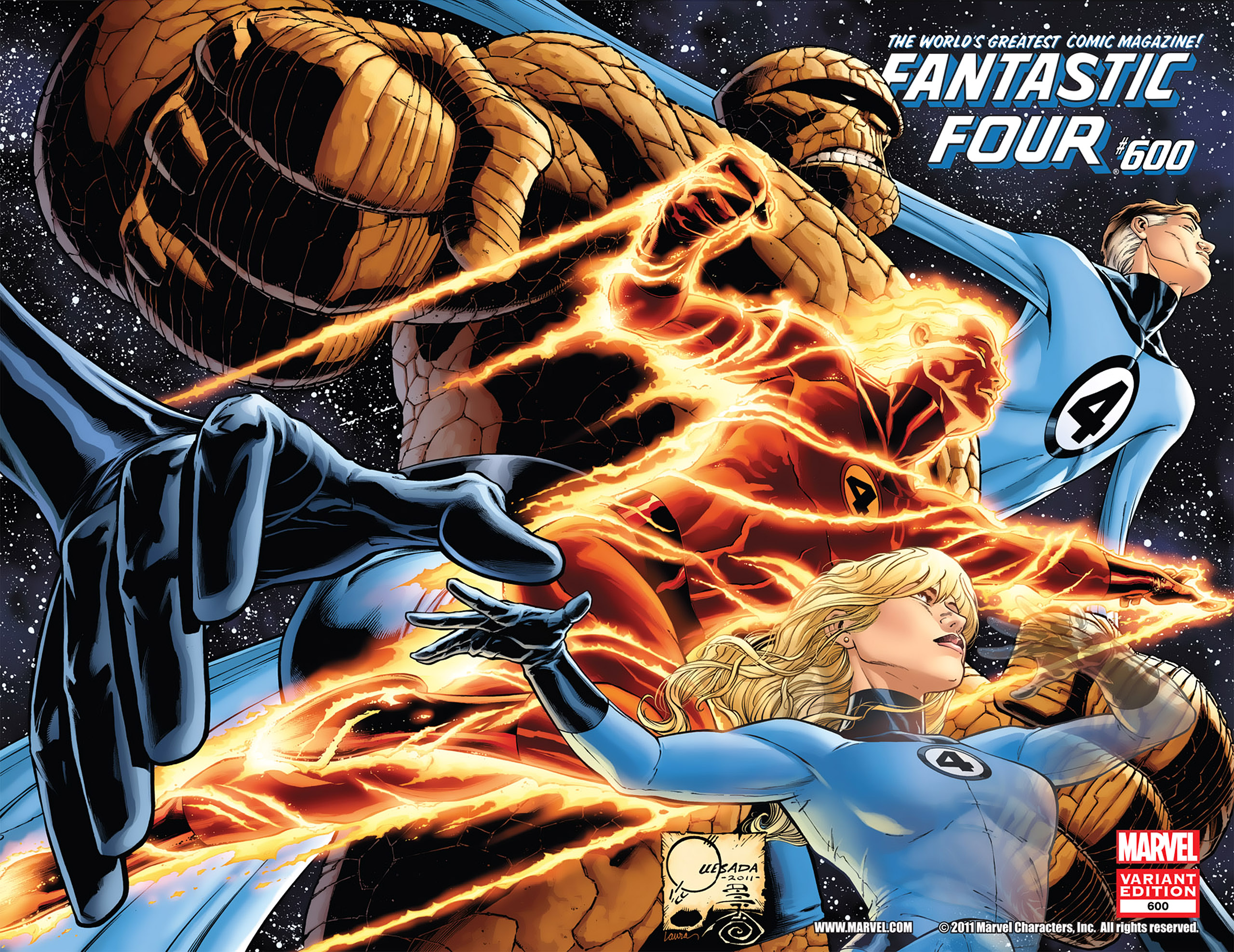 Ostensibly because there's a movie out.  I guess?

It's weird (and a pretty decent problem to have), but it's been a good long while since a superhero movie has come out to pretty much universal disinterest.  Reviews seem to be lukewarm at best, downright harsh at worst.  Admittedly, I haven't seen the movie and I'm not really intending on checking it out.  It just looks to be all kinds of meh, you know?

So let's forget the movie for a second.

We're running Fantastic Four because, as corny as it may sound, they are Marvel's First Family.

And when so many comics are focused on explosions and cosmic rays (which, don't get me wrong, are admirable goals), it's refreshing to have characters who focus on that idea of family.  The ones who support you, who bug the hell out of you, who will always be there for you, and who you love more than you can fathom.  And the aspect that I dig more and more as I get older is that the Fantastic Four is about the family you're born into and the one you make for yourself.

Johnny and Sue are siblings.  Reed and Ben are childhood friends.  Sue and Reed are married and devoted parents.  Johnny and Ben are major broheims.

What's not the love?

You can also get into their storied history as some of Marvel's earliest superhero characters, their allegorical representation of earth, wind, fire, and water, or their plethora of supporting characters - and those are all excellent reasons - but I think it's the focus on relationships and their incredible importance that makes the Fantastic Four special.

That and the explosions and cosmic rays.

Email ThisBlogThis!Share to TwitterShare to FacebookShare to Pinterest
Labels: Fantastic Four, Why