. . . because Grendel by Matt Wagner is how I discovered that there were comic books made by folks other than Marvel and DC – and that they were incredible! 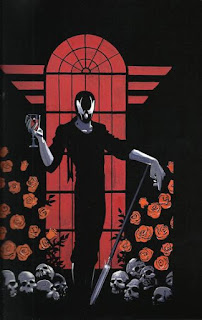 For those unfamiliar with the opus that is Grendel, here’s a 30,000 foot view:


To paraphrase the title’s creator, Grendel is a study of the nature of aggression.  It begins with a single man, Hunter Rose, chronicling his rise to reign over a criminal empire in Devil by the Deed, then goes on to tell the tales of others whose lives were impacted by the force that is Grendel, taking readers through an epic journey ultimately concluding in the 26th century and a world where the nature of aggression has become the nature of man.


But to me, a kid with aspirations of creating comic books in the late 1980’s, Grendel was so much more.  Wagner’s vision of where a comic could take the reader, and the way he built upon a singular premise, impacted me in a very visceral way.  The scope of the story was something I had never seen before, at least not in “Big Two” comic books, stuck in perpetual second act story telling.  I was reading graphic literature, each arc having a beginning, middle and end, feeding into the larger narrative. 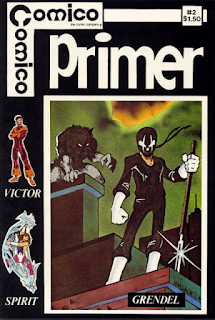 Originally, in Comico Primer #2, (and what a happy day it was when I finally found a copy at a comic shop in who-knows-where), the initial three issue Grendel series and then when he published the art deco gorgeousness of Devil by the Deed as a back-up in Mage, Wagner handled the art for his creation.  When the Grendel regular series debuted from Comico, he was focusing on writing and the art was handled by the Pander Brothers.  The Pander Brothers would be the first of an all-star line-up of artists, including Bernie Mireault, Tim Sale, John K. Snyder III, Jay Geldhof and Wagner himself.  I remember being initially disappointed that Wagner wasn’t drawing the regular series, but that disappointment turned to wonder as I saw how the different art teams brought a personality unique to the story and how Wagner wrote to the artistic strength of each collaborator.  As opposed to a “Grendel house style”, each arc was, and still is, alive with the vision of the artist intertwining with the goal of Wagner’s story, a marriage of words and pictures that epitomizes what true collaboration can create. 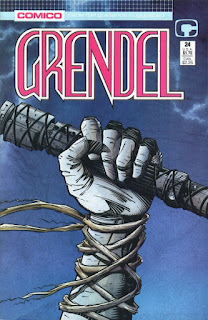 I had the pleasure of meeting Matt Wagner at New York Comic Con a few years ago.  I waited in line, shook his hand, and said “thank you.” 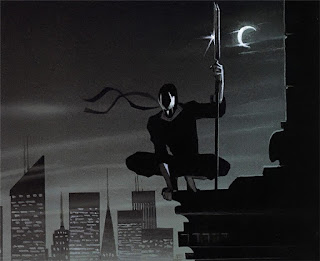