Because the world of comics is still a foreign one to me. I’m less than a tourist, I’m someone looking in a window onto a world that intrigues me, that I want to keep watching, but that I don’t necessarily know how to step into. 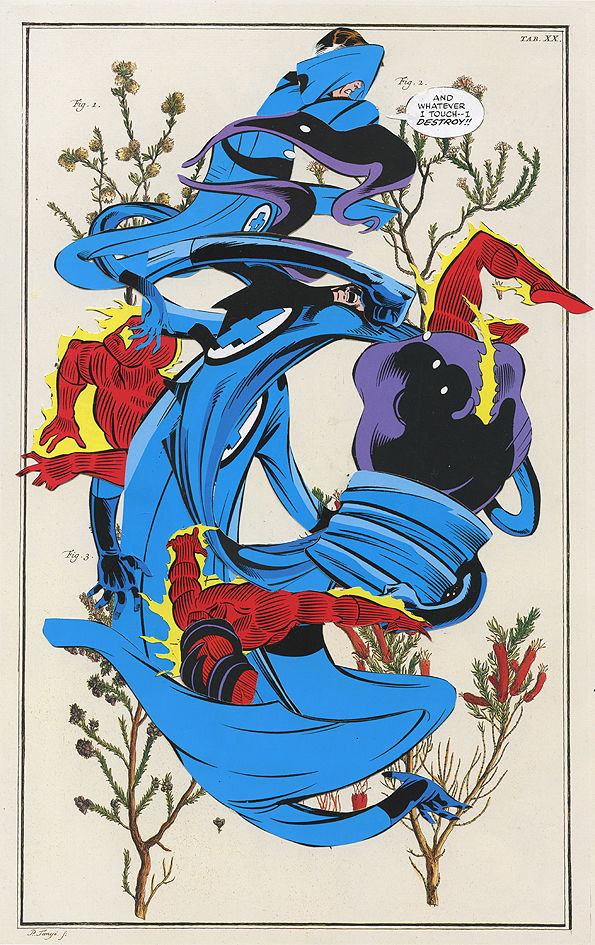 The first time I read a comic book was at a Best Western motel on a road trip with my parents. I must have been eight or nine. The Best Western had some kind of cross-promotional thing going on where kids who stayed at the hotel got a comic book and a disposable camera. I can’t remember what I took pictures of – in fact, I can’t even remember where we were going on that road trip – but I still remember the comic book. It stuck with me. I think there must have been some oversight or else poor decision making on the part of Best Western marketing management, because the comic book was one where Batman and Superman fought over Lois Lane, and it was sexy and dangerous in a way that clearly indicated that I was not its target audience. I felt the same way, reading it, as I did when I accidentally stumbled upon (and read cover to cover) a paperback teen drama in my elementary school library: that I was getting away with something, that unbeknownst to the adults, I was educating myself in the ways of a world that I didn’t yet understand. 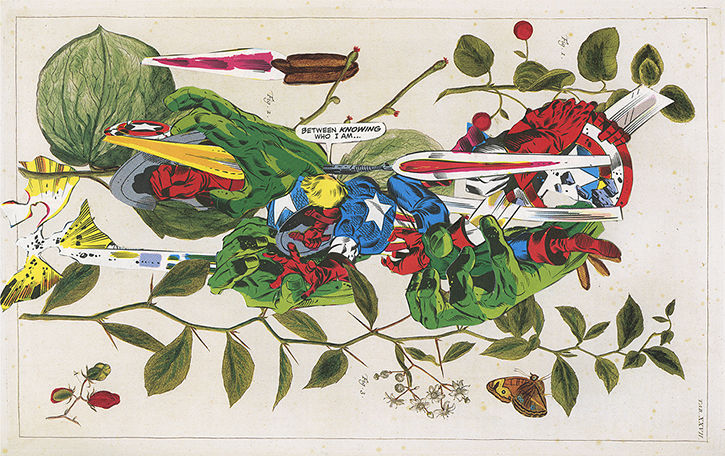 And I guess I’ve felt that way about comics ever since. They exist in a sort of parallel universe, and though they’re all unique, they share a common language of fantasy without the loss of logic. People who read comics don’t just read them, they’re knowledgeable about them. They trace evolutions in characters, art and themes. They know who the masters are. As evidenced by Marvel’s current push toward diversity, they care about their world and even self-police it – make sure it’s a place with a conscience. I admire these citizens, but I’m not one of them. 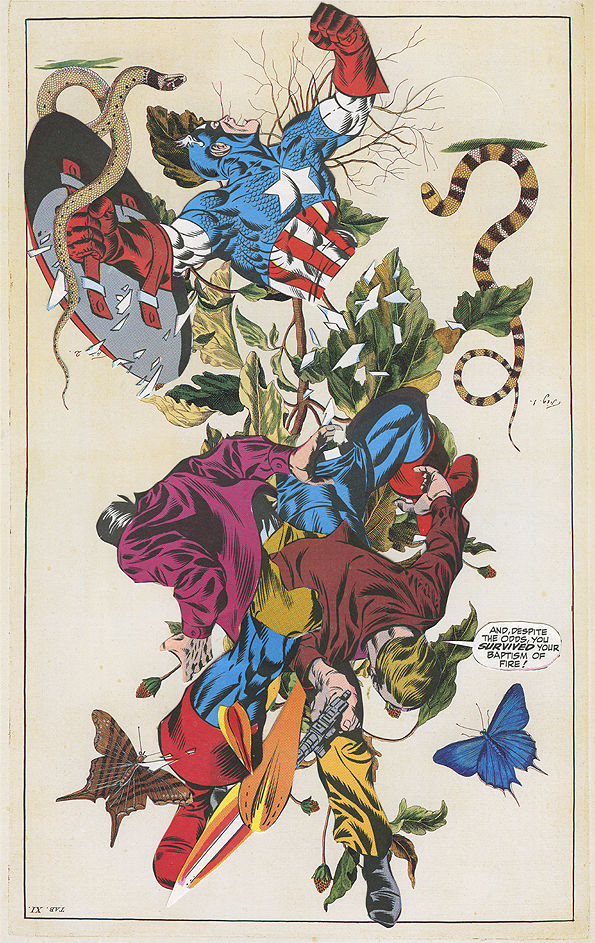 So when I saw this series of collagesby Ashkan Honarvar, I was intrigued by them. They’re full of superheroes as confused by themselves as I sometimes am by them, wandering through dark foliage, fighting many-limbed faceless creatures and wandering what it’s all about. I get these heroes. I want to know their stories.
Written by Grant McLaughlin at 12:00 PM