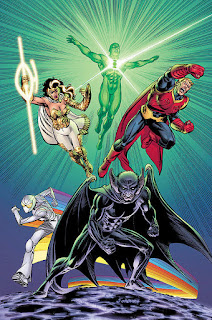 Because Stan Lee himself is too important a guy to waste on just any old pick.

It’s more true a statement than you might imagine. Because yeah, Stan Lee’s a big deal. And when I was considering who to pick this week, I was ready to settle on Stan Lee himself, in spite of second thoughts I had on using him just for any old week. And then an alternate option came up that allows for the spirit of Stan Lee while still saving Stan Lee himself for a more important occasion.

If you’re not familiar with it, the “Just Imagine Stan Lee” series is Stan Lee officially taking some of DC’s biggest characters and reimagining them in his own style. This, from the man who built the Marvel Universe, and it got its own special miniseries where his name takes precedent over the iconic characters he’s re-writing.

Because as comics go, Stan Lee actually is that big a deal.

Thus, your mission this week is as follows: Pick a Marvel or DC character, then – in the spirit of Stan Lee – re-imagine that character in the style of the other company. If you want to write about Spider-Man, tell us in a single page what you think he’s look like if he’d been created at DC. Interested in writing about Blue Beetle and Booster Gold? Just imagine how they might look as part of Marvel’s line up. Have a hankering to do something with the Fantastic Four? Show us what they’d look like as part of the DC universe.

Want to write about Deathstroke? Just write a Deadpool page.


In all seriousness, though, if you’ve ever wondered what your favorite character might look like if they were a staple working for the other side, here’s your chance to show it off, live the dream, and just imagine like you’re Stan Lee - EXCELSIOR! 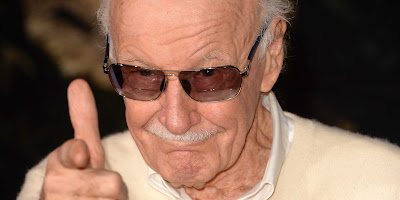 Email ThisBlogThis!Share to TwitterShare to FacebookShare to Pinterest
Labels: Just Imagine, Why?