Caption:  “And how did you come to possess the Cosmic Control Rod?”


Caption:  “I followed the Devil through the mirror.  Doom rules All, and All begs to be ruled. 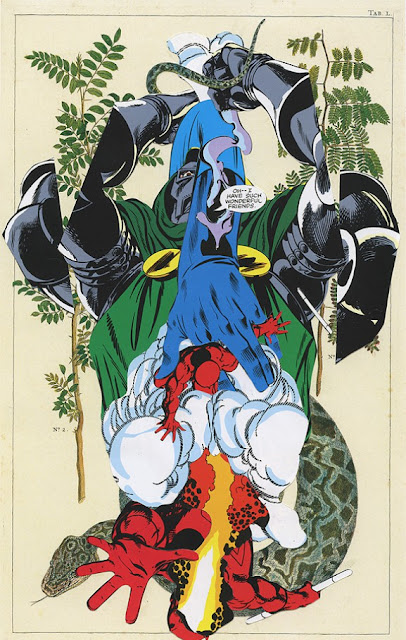 Caption:  “Once inside the mirror, the Devil became pieces, multiplying, insects emerging from a seventeen year sleep, breathing fire and breaking the armor of Doom.
Caption:  “Sprouting new limbs, I vanquished the Devil and gazed upon the Hell that was now mine.”
Caption:  “Why did you leave?”
Caption:  “I was exiled, pulled away from yet another kingdom.
Caption:  “We’re linked, you know - - your father and I.
Caption:  “Ouroboros into infinite eternities.”
﻿
Written by Unknown at 4:00 AM