Because one, as has been stated by others in various ways in the past, “All Ages” isn’t just a fancy way of saying “this is for children”.

Because two, sometimes simplicity really is the best way to go.

“Itty Bitty Comics” – as I’ve termed them for simplicity sake – are strong reminders of both. Less a title, more a writing and artistic style, ‘Itty Bitty Comics’ is basically a shorthand reference to a series of titles by writing duo Art Baltazar & Franco. One that includes, among others, the likes of “Tiny Titants”, “Itty Bitty Hellboy”, and “Itty Bitty Mask”. One that sees the pair re-write established comic titles in their own signature style, with an emphasis on the aforementioned ‘all ages’ and ‘simplicity’.

And ‘fun’. That too – another important element of comics that oftentimes gets forgotten in this day an age.

It’s a method that they employ to great effect, churning out issues that may well surprise you. Or may not, depending on what your expectations are.

And now, it’s Thought Balloons turn to try their own hand at the style of Baltazar & Franco, either continuing their own ideas or picking out a title they haven’t adapted and trying it yourself. 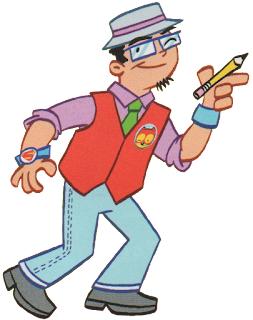