I spent a good while trying to figure out what piece of media I'd want to cover, and in the end, Jason Statham's Crank just felt right.  I've included some screen grabs along with panel descriptions to help you follow along.

1 - On Chev Chelios' TV.  Onscreen, Ricky Verona is talking angerly towards the camera. 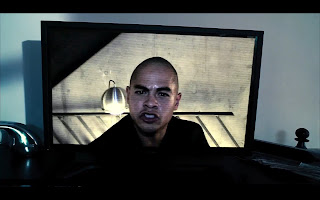 CAPTION (GM): "You're groggy, and it's hard to concentrate, but you understand that you've been poisoned by Ricky Verona and have less than one hour to live.

2 - Close on Chev's face.  He wears that half-stunned / half-mad expression that Jason Statham does so well. 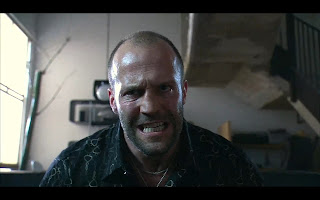 CHEV: I smash the shit out of the TV.

3 - Chev picks up the TV and prepares to slam it into the ground. 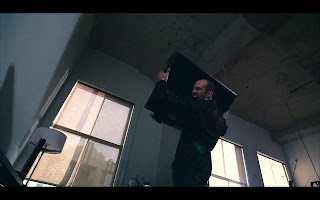 CHEV: I take the TV and smash it to pieces. 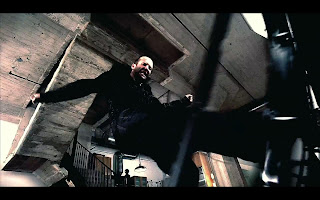 CAPTION (GM): And how does this help your being poisoned problem? 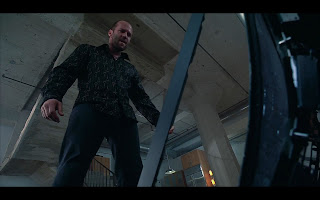 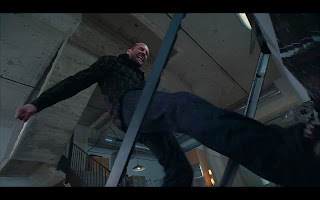