Amidst Disney's current string of live-action adaptations of their back catalogue, the upcoming murder mystery version of Archie, and the new Ghostbusters movie with all of its drama before even being released, the time has come for those of us here at Thought Balloons to step up and give our adoring public what they clearly want: 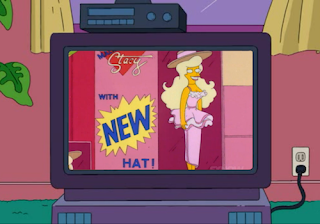 If we're going to reboot all these franchises--  If we're going to make, for instance, Transformers movies until the end of time, and I think it's safe to say that's the plan, can we at least make them good?  That is, can we do the original idea justice, as silly as it might be?  Craft the resulting product well?

I have a few favorite intellectual properties that I think could be major blockbusters, or hit TV series, or successful comics, if just a little heart went into them before the inevitable product placement contracts.  You probably do too.  So, before someone else gets to them first, and with our cynical little tongues planted firmly in our cynical little cheeks, let's reboot them!

Email ThisBlogThis!Share to TwitterShare to FacebookShare to Pinterest
Labels: Reboot, Why